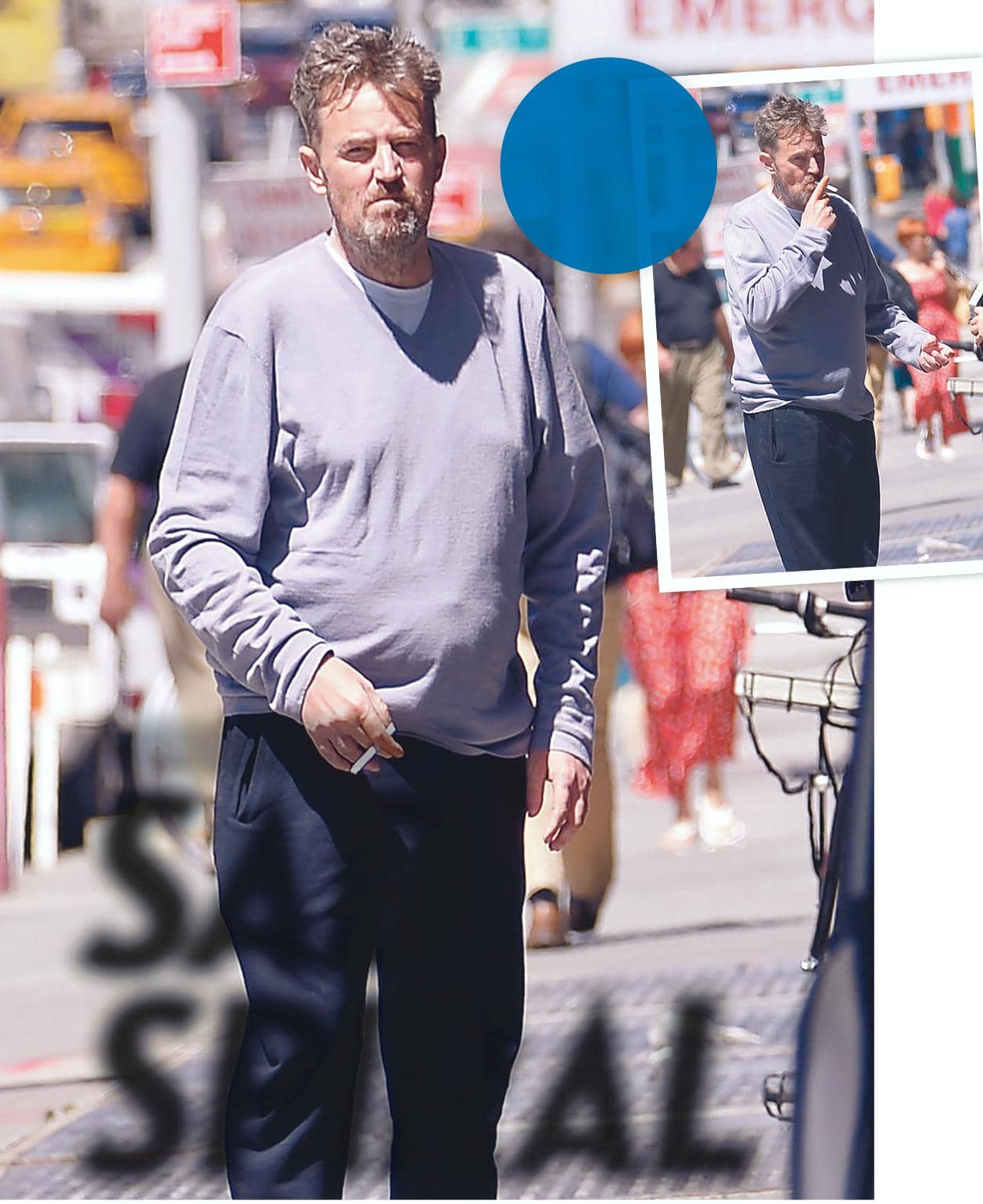 An Insider Shares The Haunting And Heartbreaking Details Of Matthew Perry’s Lonely Life.

It was a shocking sight. On June 27, Matthew Perry was spotted outside a NYC hospital, smoking a cigarette and drinking a Diet Coke. “He definitely hasn’t aged well — he looked so old and tired!” an eyewitness tells OK! “He’s put on some weight,” adds another witness. “He’s definitely not the guy Friends fans know and love.”

That’s because Matthew’s life has slowly fallen apart since the hit sitcom came to an end in May 2004. “The buzz is that Matthew’s been in a very sad state for quite some time now,” shares an insider, adding that friends of the actor — who’s dealt with prescription drug and alcohol addiction, failed rehab stints and a dramatic hospitalization over the years — can’t help but worry. “He walks around alone, in clothes that look like they haven’t been washed in weeks. He seems to be insanely bloated, and his hands are so swollen.”

Though Matthew, 49, used to be one of the most adored and successful stars in the world, earning $80 million just for his role as lovable Chandler Bing on Friends, “this downward spiral that he seems to be on has taken a toll on him,” adds the insider. “People can’t help but fear that his life is in ruins.”