Has Khloé Gone Too Far? 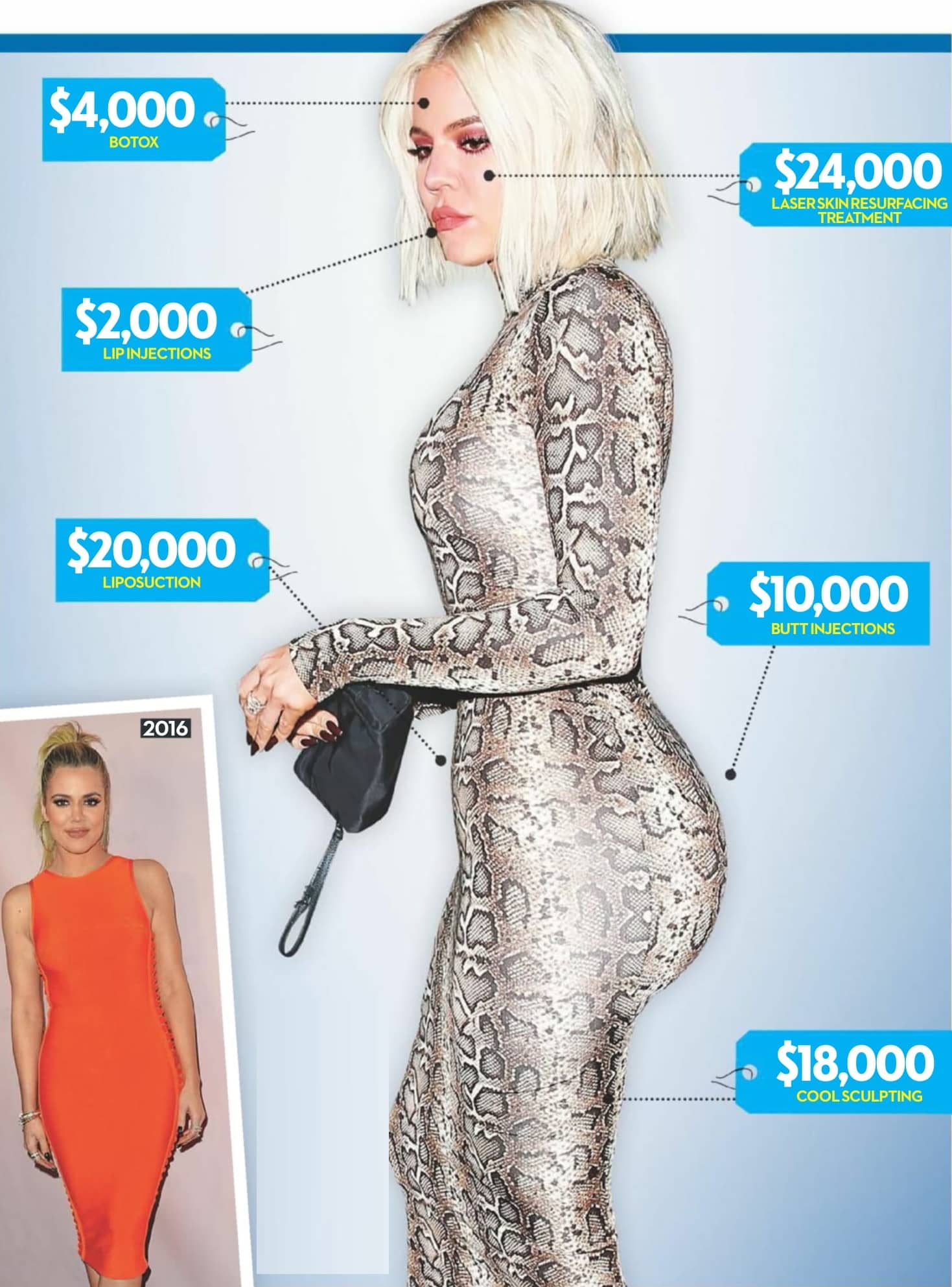 Khloé Kardashian was unrecognizable. Donning a skintight snakeskin dress, the reality star turned heads on March 13 during a girls’ night with her famous sisters — but for all the wrong reasons. “She looked so plastic, at first no one even realized that it was Khloé,” says an insider, pointing out the 34-year-old’s plumped-up face, tiny waist and unnaturally large butt. “She looked completely different.”

That’s what Khloé was going for. In the months leading up to her painful split from NBA star Tristan Thompson, 28, this February — following a difficult year filled with lies, cheating and betrayals — the reality star became fixated on her appearance. “She started getting some nips and tucks — Botox, butt injections, lip filler, liposuction,” an insider tells OK!, adding that Khloé dropped tens of thousands of dollars on procedures during her monthly appointments [see breakdown, right]. “The buzz is that she’s spent around $500,000 on her body in the last year!”