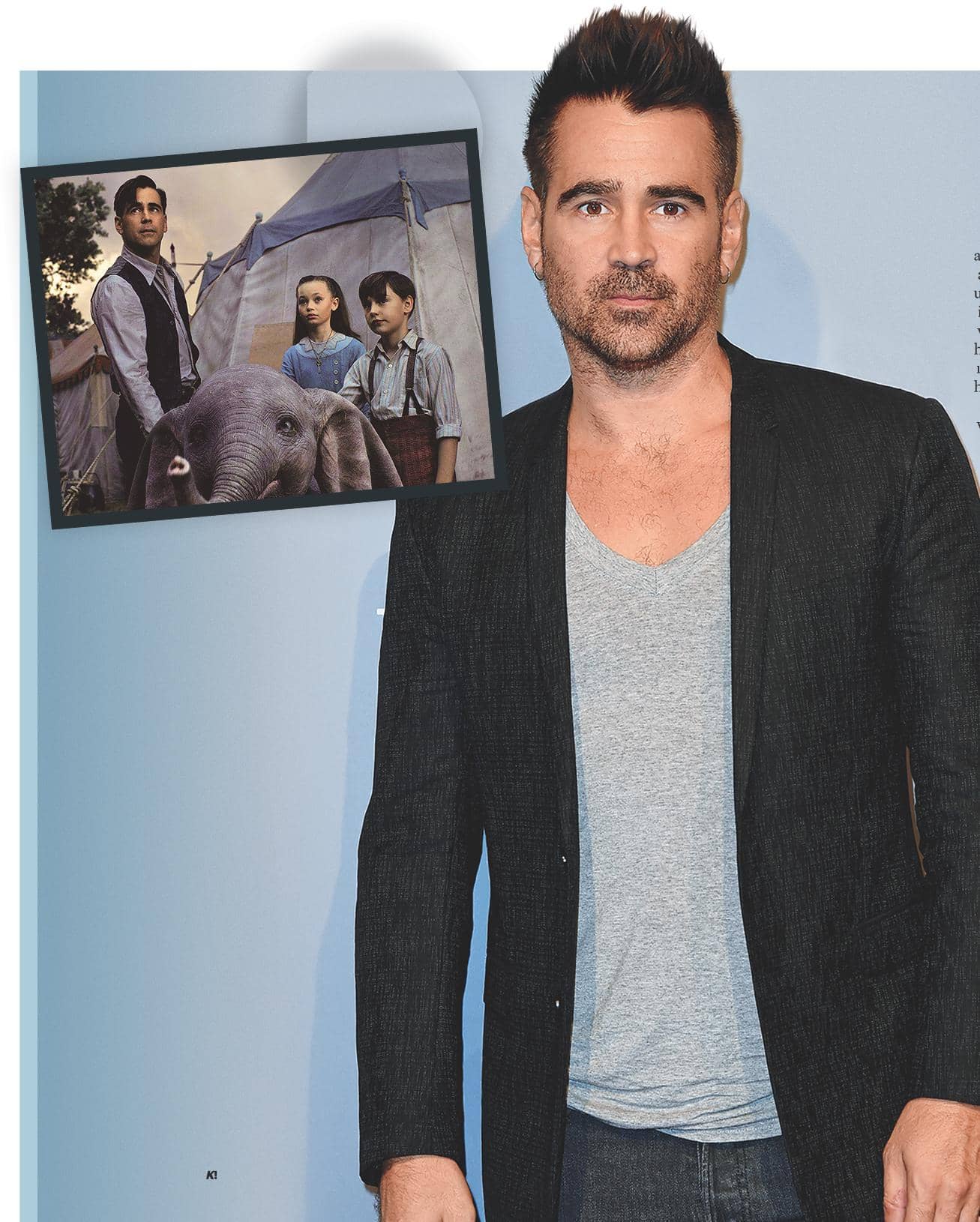 For years, Colin Farrell was known as a hard-partying lothario with a penchant for playing the tough guy. But since getting sober in 2006, the Irish-born actor, who’s father to sons James, 15, and Henry, 9, has retired his bad-boy image and turned to more family-friendly flicks — like the highly anticipated live-action remake of Dumbo, in theaters March 29. “It [was] a dream gig,” the 42-year-old says of starring in the Disney film, where he plays former circus star Holt Farrier, who’s tasked with caring for the eponymous elephant. “I’ve never [done] anything like this. The script was so sweet.” Here, Colin chats about breathing new life into the animated classic.

What was your reaction when you heard Disney was making a live-action Dumbo movie?

“Please, can I do it?” Genuinely. There are things I’ve read through over the years that are somewhat fantastical and have a fairy-tale element to them, [but they] never got made. I’ve always been looking for something of that ilk.