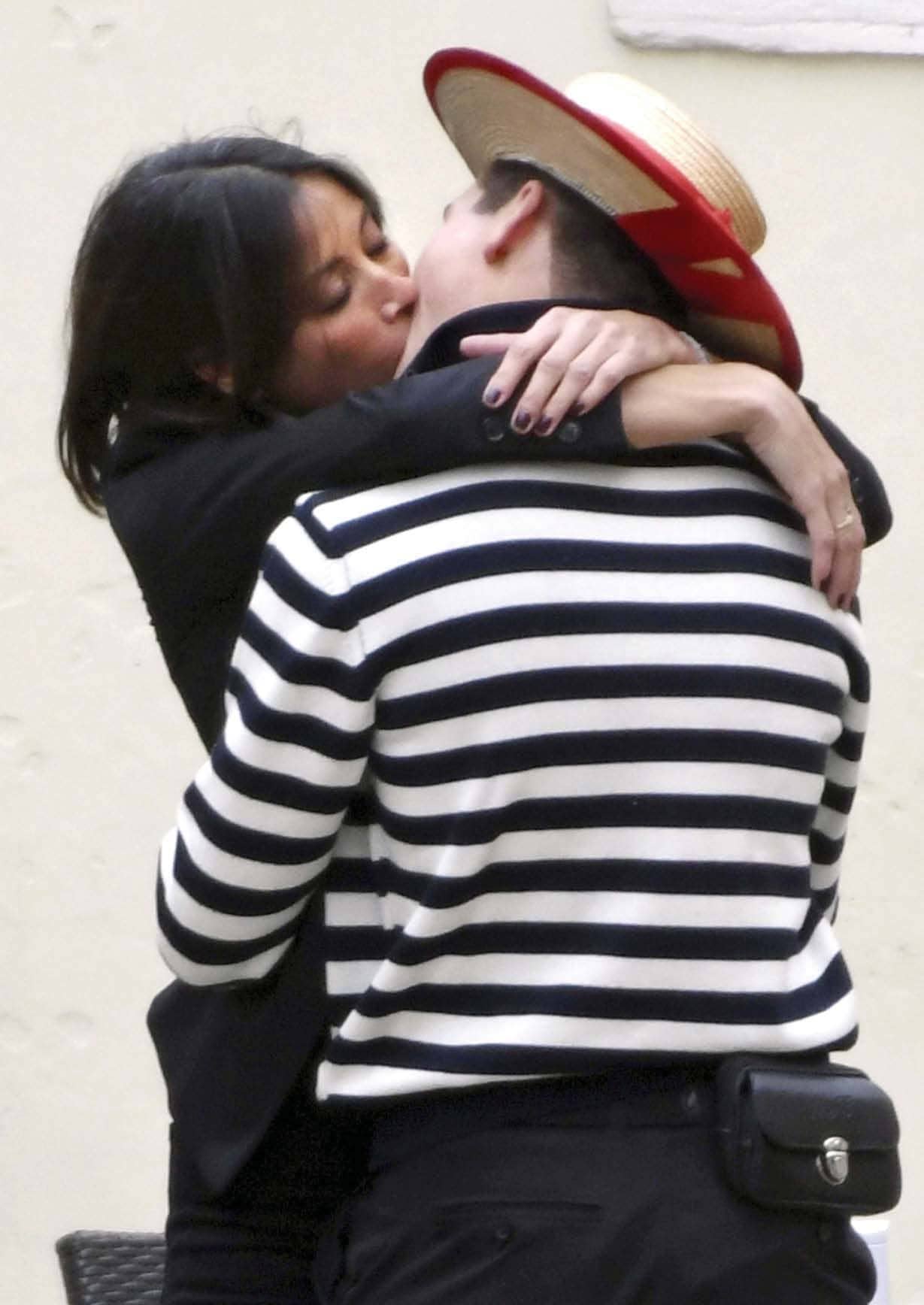 They call Venice the city of love and that was certainly the case for Melanie Sykes on a recent getaway with friends. The 50-year-old presenter was pictured getting amorous with a gondolier named Riccardo Simionato, wrapping her arms around him and kissing him in broad daylight.

Eyewitnesses reveal that the pair met on a Saturday when she went on a gondola ride and the chemistry was instant. Melanie even shared a photo on her Instagram of the boat ride, adding the caption, “Just a bit giddy #bucketlist #gondola #Venice #gondolier”. She and Riccardo have since followed each other on Instagram.

After they swapped numbers, Melanie was spotted texting and making arrangements for the pair to meet up. Onlookers claimed she looked like a giddy teenager in love. 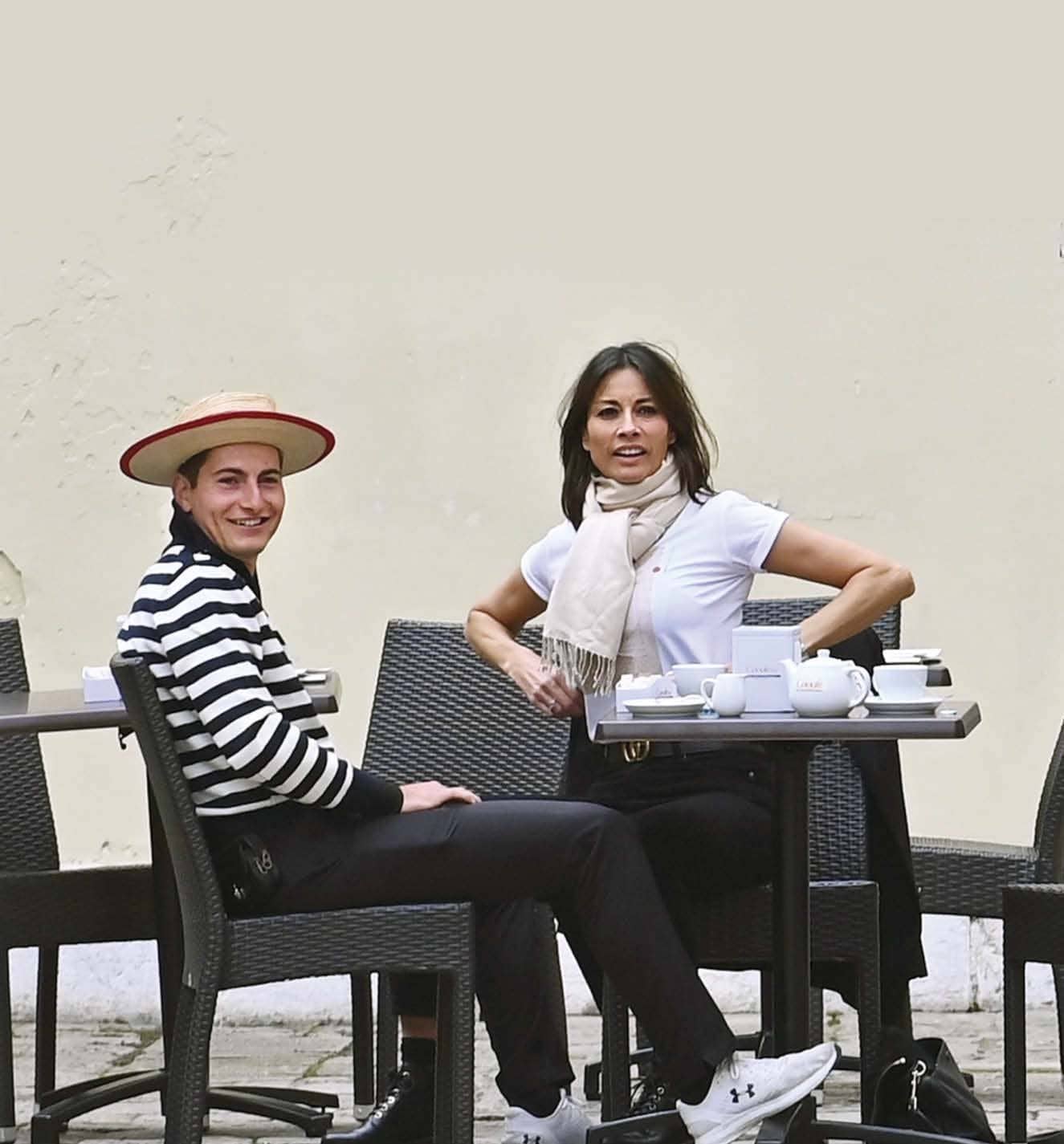 The lovebirds were snapped meeting at the Campo dei Frari café two days later. Melanie was pictured touching up her make-up between sips of coffee with a female friend before her new man arrived. She was dressed for the cold in a black jacket and white scarf, but her holiday romance soon warmed her up – the pair could barely keep their hands off each other, with Melanie jumping up and pulling him in for a passionate embrace.

They appeared to be loving each other’s company as they couldn’t stop laughing, and Melanie even threw her head into Riccardo’s lap at one point as she giggled at his jokes.

The handsome gondolier only stayed for an hour before returning to his work, but the couple made plans to see each other again. On Tuesday, Melanie was pictured jumping for joy as he turned up to meet her at another café. They seemed deep in conversation, holding hands and gazing into each other’s eyes. Melanie even reached out to touch his stomach as she laughed. 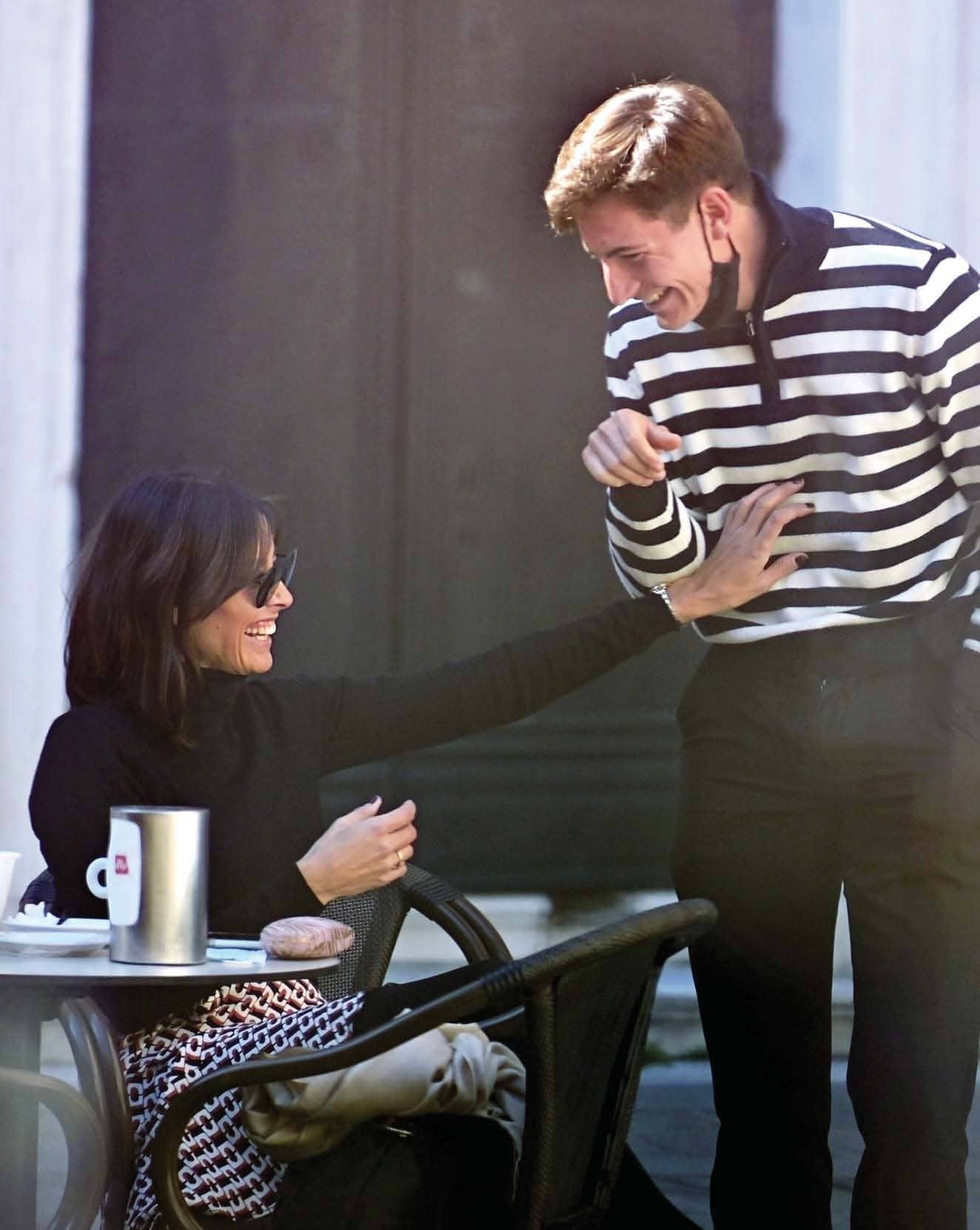