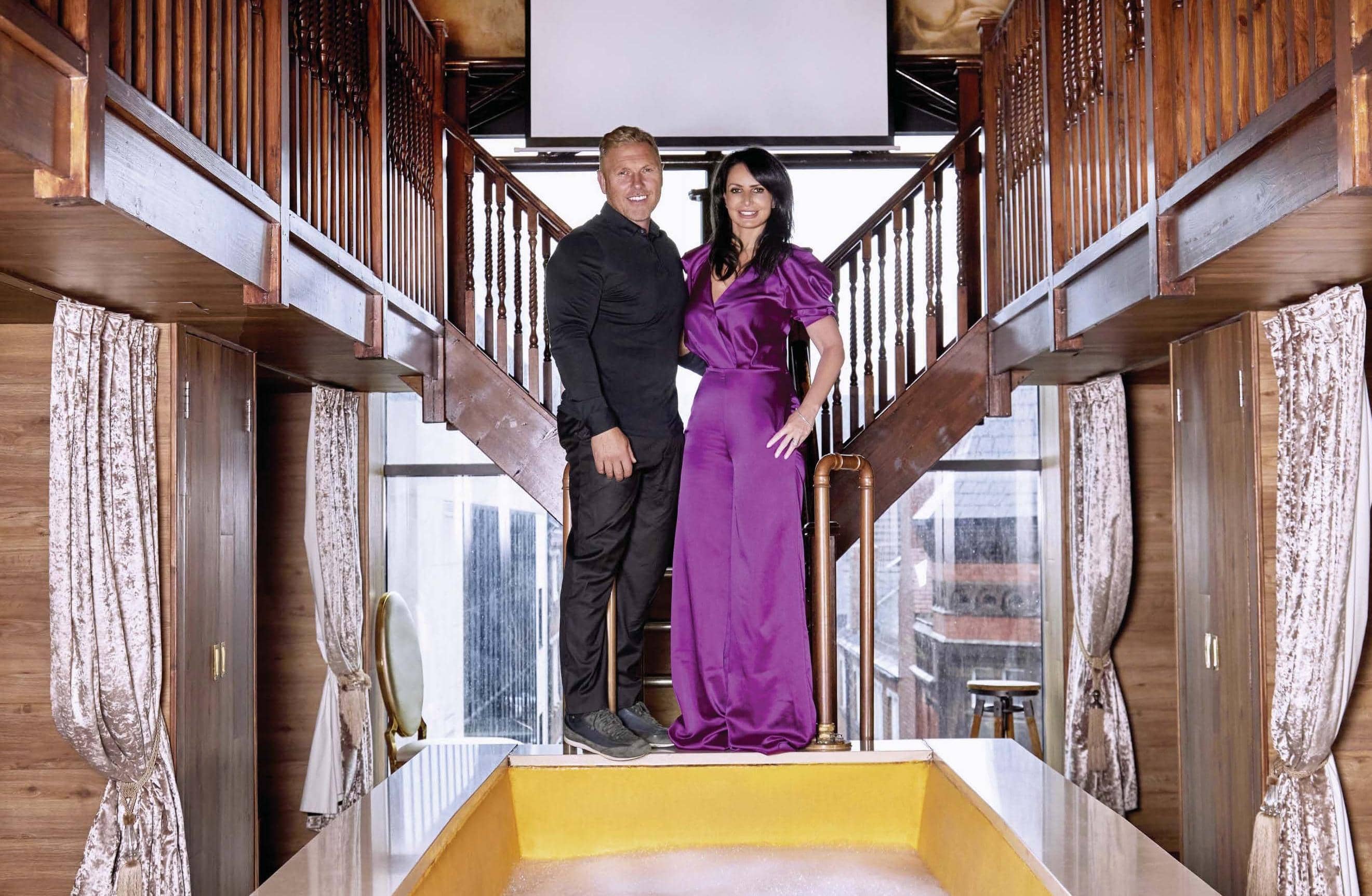 OK! JOINS LAWRENCE AND KATIE KENWRIGHT INSIDE THEIR AMAZING HOTEL THE SHANKLY AND MEETS THEIR ADORABLE TWINS...

Forget The Grand Budapest Hotel – your next obsession is sure to be The Grand Party Hotel. The BBC series follows the hustle and bustle of life inside the UK’s most Instagrammable hotel, with owners Lawrence and Katie Kenwright leading the way.

The married couple also call the 125-room Shankly hotel in Liverpool home, as they live in an apartment within the building with their fouryear-old twins, Lawrence Junior, known as Junior, and Arabella, who were conceived through IVF.

Katie, 42, tells us, “We had been trying for seven years and I’d had miscarriages, so when I found out we were having twins, it was like all my dreams had come true.”

It’s certainly a family affair at The Shankly, with Lawrence’s eldest son, Daniel, 32, who is soon to make him a grandfather, living next door. Lawrence is also dad to Alexandra, 26, from his first marriage, and Ava, 14, from a previous relationship.

As the couple exclusively invite OK! inside, it’s clear that 54-year-old Lawrence’s imagination knows no bounds. From Roman-style baths and hidden chambers to a whole floor that feels as though you’ve fallen down Alice In Wonderland’s rabbit hole, it’s no surprise the hotel has many celebrity fans, including Tom Hardy, Stephen Graham and a host of our favourite reality stars.

As well as their four-strong hotel empire, the couple have spent the last three years setting up homeless shelters in the city, through their initiative, the Cotton Street Project.

Here, the pair, who have been married for 12 years, talk about making crazy parties and family time happen all under one roof...

Lawrence: The kids run round and think they have 1,000 uncles and aunts. When we’re talking to our employees, it’s “Uncle Eddie!” I also have my 32-year-old son living next door. So I have a 28-year gap [between my children] but the umbilical cord is still there to my son!

Katie: His dad’s given him a lot to do at the hotel, which stresses him out [laughs]. We’re going to be grandparents too! They are going to be next door with a baby…

Lawrence: Junior says, “I want to be known as Uncle Steve!” [Laughs]

How do you find being parents to twins?