BLOOMING LOVELY - ‘WE WANT TO FILL OUR HOUSE WITH CHILDREN' 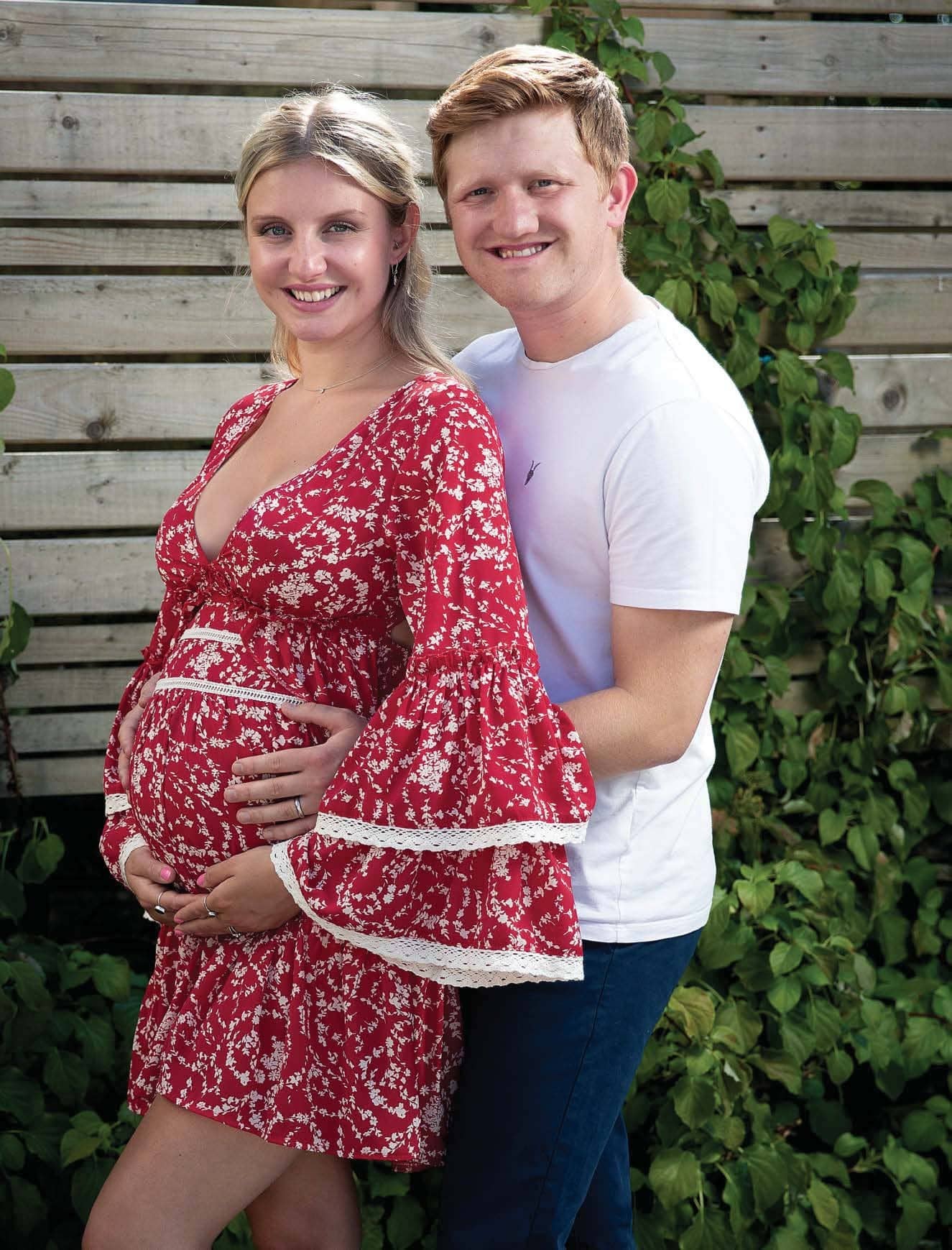 He’s used to caring for his seven-month-old quadruplets as Coronation Street’s lovable Chesney Brown, but in real life, actor Sam Aston says he’s relieved to be expecting just the one baby with wife Briony.

“We’re glad it’s not quads like Chesney! One’s perfect and just enough for now,” Sam, who turns 27 this week, exclusively tells OK! of the couple’s first child, due in September.

Just over a year ago, OK! exclusively witnessed the childhood sweethearts tie the knot at Stock Farm in Cheshire. It was obvious back then that Sam and Briony, 25, couldn’t wait to start having children, with yoga instructor Briony shrieking with delight when Sam mentioned wanting to start a family with his new bride during his wedding speech.

And the couple reveal they’d like a big brood to fill the home they share with their dogs, Bonnie and Piper, near Bury. “We want to fill our house with kids,” a beaming Briony tells us. 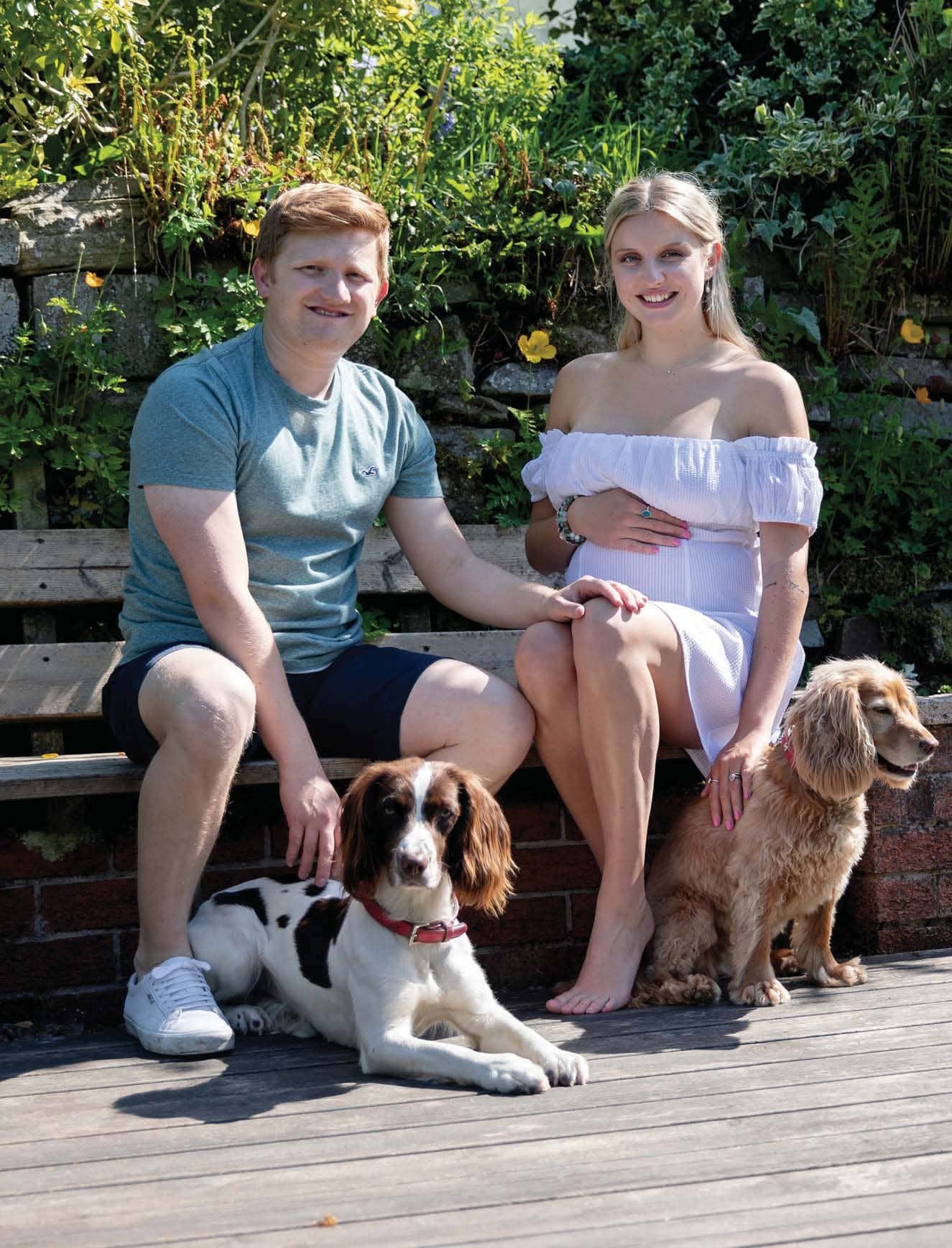 Sam, who has starred in the ITV soap since he was a cherub-cheeked nine-year-old, says that while he’s enjoying spending quality time with his pregnant wife during lockdown, he’s keen to get back to filming on the cobbles.

He says, “The show’s been a massive part of my life for more than half my life – I’m looking forward to getting back in that kebab shop!”

Here, in a shoot they arranged themselves following social distance guidelines, the ecstatic parents-to-be open up about their surprise at falling pregnant so quickly and reveal the sex of their unborn child...

Congratulations! How are you feeling?

Sam: I’m not sure it’s properly sunk in for me yet.

Briony: It’s all I think about! We’re over the moon and we feel incredibly lucky. 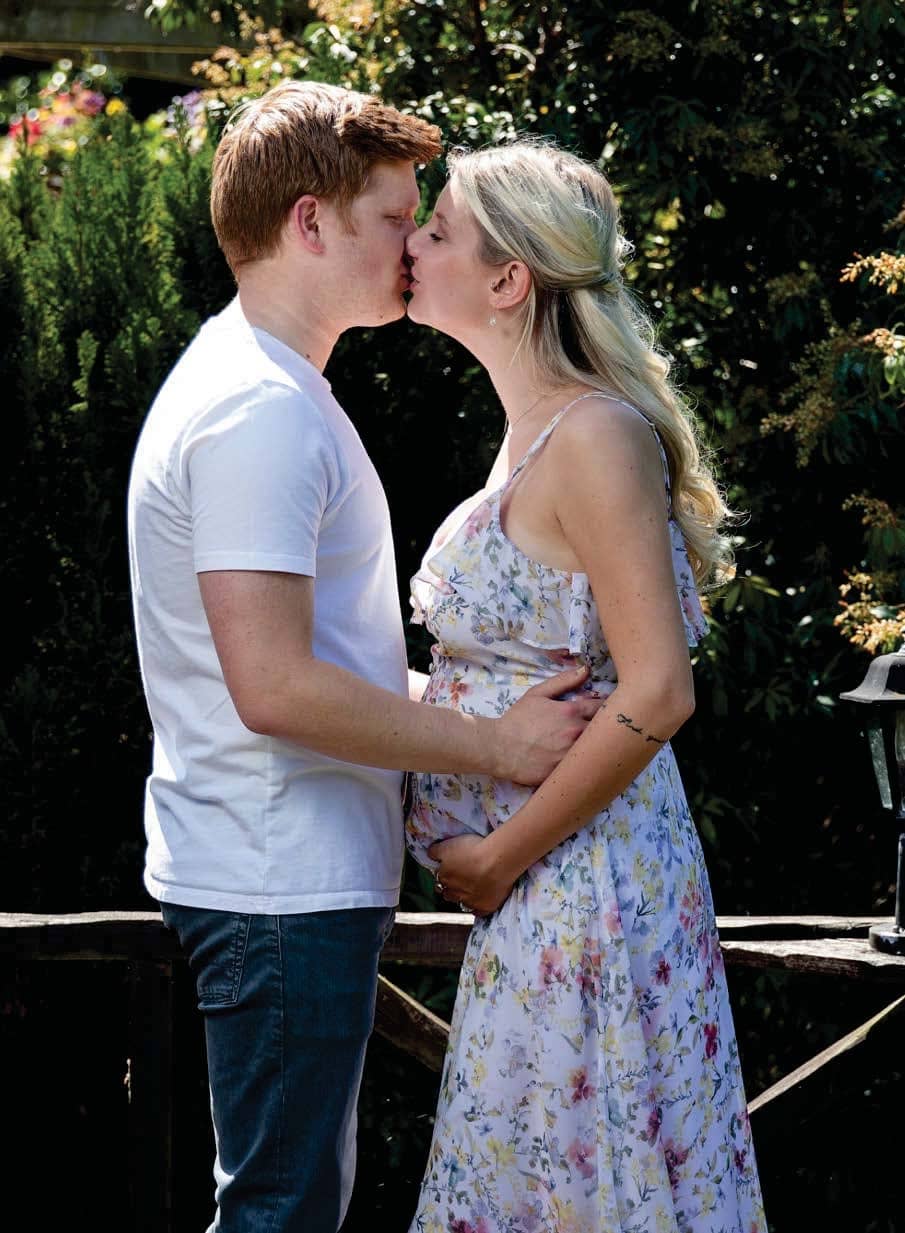 When did you find out you were pregnant?

Briony: We hadn’t been trying for long, but I bought a board you serve eggs on which had “Daddy, you’re a good egg” etched on it. I wanted a nice way to tell Sam when I did fall pregnant and I always make him dippy eggs. Luckily for us, as soon as I could do my first pregnancy test, it was positive.

Sam: I came down for breakfast and the fire was on, the highlights of Match Of The Day were on the TV; it felt like it was my birthday! Briony put the board down and I started eating and didn’t notice the message, as I was too busy watching Burnley play. After a few minutes, I saw it and was so excited. I kept saying “really?” It was very surreal.

Briony: It only lasted a couple of minutes though and then he looked at the TV and said, “Burnley have scored!” I was like, “No, we’ve scored!” [Both laugh].