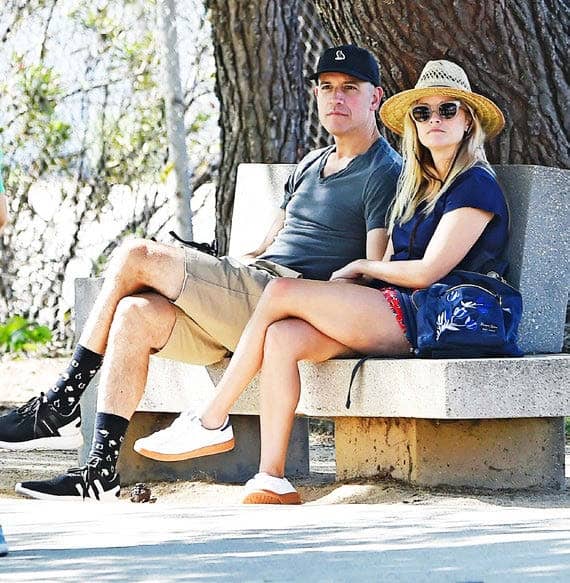 After a massive fight with her husband, the star cancels her own birthday party!

Some people never learn… including Reese Witherspoon. It may be nearly six years since the A-list actress was arrested for disorderly conduct in Atlanta, after causing a scene when she and husband Jim Toth were pulled over for suspected drunk driving (he was ultimately booked for a DUI), but that hasn’t stopped her from making a spectacle of herself.

In February, a tipsy-looking Reese was spotted stumbling down the stairs at her pal Jennifer Aniston’s star-studded 50th birthday party – Jim having left sometime earlier – and now sources say things have finally come to a head.

According to sources, the 49-year-old talent agent stormed out ahead of Reese’s 43rd birthday on March 22, leaving her to celebrate alone. ‘It would be her worst nightmare to be left alone on her birthday, crying and eating cake all by herself, I’m sure. Birthdays are a huge deal for Reese,’ dishes a pal, adding that Jim likely wanted the day to be ‘low-key’, given how things went down ‘the last time they were at a ‘big bash’ together.