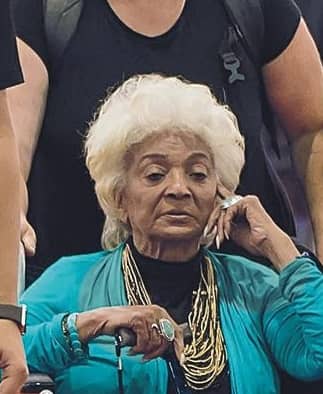 DEMENTIA-ravaged “Star Trek” actress Nichelle Nichols was robbed blind by her former manager, according to a new lawsuit by her son.

Kyle Johnson, 69, filed papers in Los Angeles Superior Court accusing Nichelle’s longtime personal manager, Gilbert Bell, of “taking advantage of a highly respected woman when she was vulnerable” by bilking his mother of significant assets — including her pension, Social Security and her Woodland Hills, Calif., home — as her mental and physical health declined.