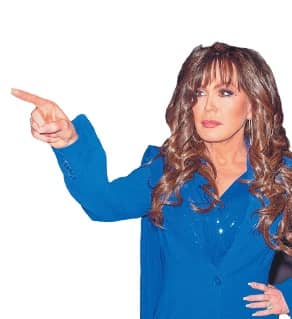 SHARON OSBOURNE chased Marie Osmond off “The Talk,” according to insiders.

Officially, songbird Marie announced she was quitting the CBS chatfest after just one season to spend more time with hubby Steve Craig, her kids and grandkids.

But that’s not what sources told The National ENQUIRER!

“Marie thought the show would be fun and just a bunch of gals gabbing about their lives and whatnot, but she found out that was totally naïve,” spilled an insider.

“Sharon disliked her from the start. Marie felt Sharon was jealous of her and thought she didn’t belong. There was a definite rift between them and an undercurrent of bitchiness that everyone noticed.”