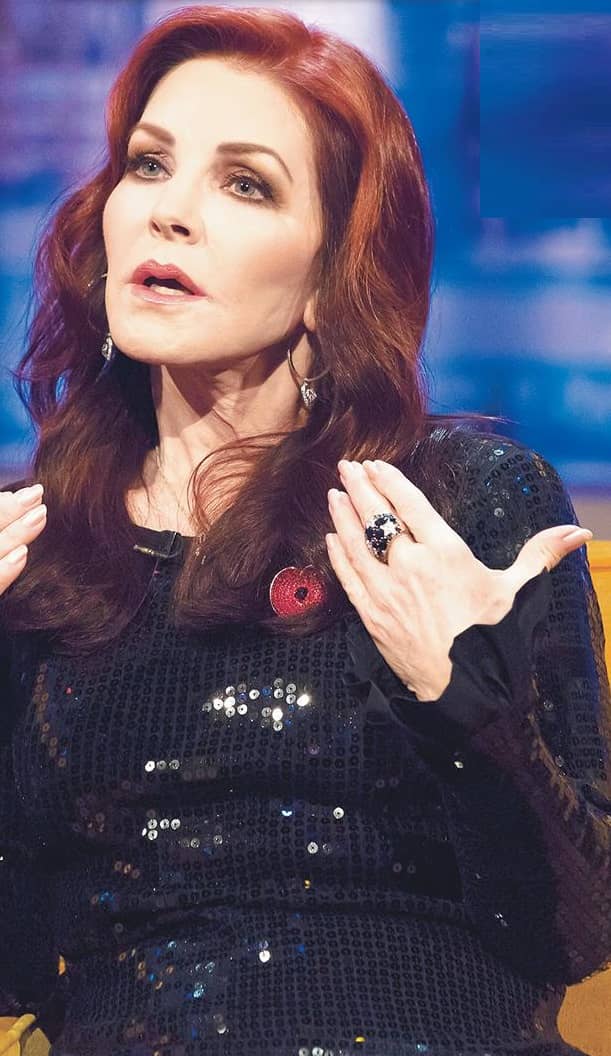 HEARTBROKEN Priscilla Presley is fleeing Hollywood and moving back into Graceland where she spent the happiest days of her life — after being emotionally battered by daughter Lisa Marie’s struggles with divorce and sobriety and the tragic suicide of her only grandson, sources told The National ENQUIRER.

Elvis’ former bride, now 75, has put her beloved Beverly Hills home of 47 years on the market. She bought the property after her 1973 split from The King in order to remain near him. But the original ranch house was torn down and remade from the foundation up into an Italian-style villa in 1993 by her ex-partner Marco Garibaldi — father of her 33-year-old son, Navarone.

Though sources said she once vowed never to sell the estate, she’s now asking for a mere $16 million to quickly put her painful Tinseltown memories behind her.

“Priscilla’s Hollywood dream has turned into a nightmare,” said a source close to the heartsick beauty.