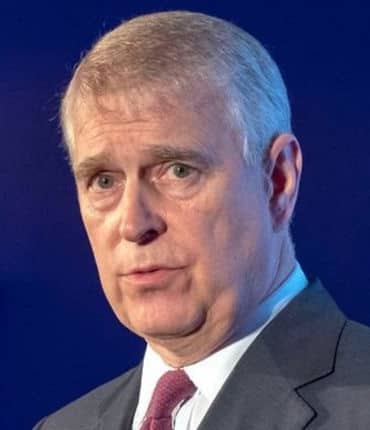 PRINCE ANDREW was lying when he denied romping with a teen “sex slave” provided by convicted pedophile Jeffrey Epstein — and The National ENQUIRER has the astounding proof!

The bombshell new evidence comes as the Federal Bureau of Investigation and Interpol conduct a two-pronged investigation into the randy royal in the U.S. and Europe!

The probe was sparked by Virginia Roberts-Giuffre, now 35, who has claimed Epstein kept her as a sex slave and loaned her to his powerful friends.

Virginia has said she had sex with Andrew three times — in London and at Epstein’s homes in New York and the U.S. Virgin Islands.

After a picture emerged showing the Duke of York with his arm around Virginia, he was forced to publicly deny bedding her when she was 17 years old.

That denial came in 2015 at an event when the British bad boy referred to previous Buckingham Palace–issued denials.

But ENQUIRER experts have analyzed both Andrew’s speech and body language — and concluded that he was lying!

At the event, Andrew said: “Firstly, I think I must, [and] for the record, refer to the events that have taken place in the last few weeks, and I just wish to reiterate and to reaffirm the statements which have already been made on my behalf by Buckingham Palace.”