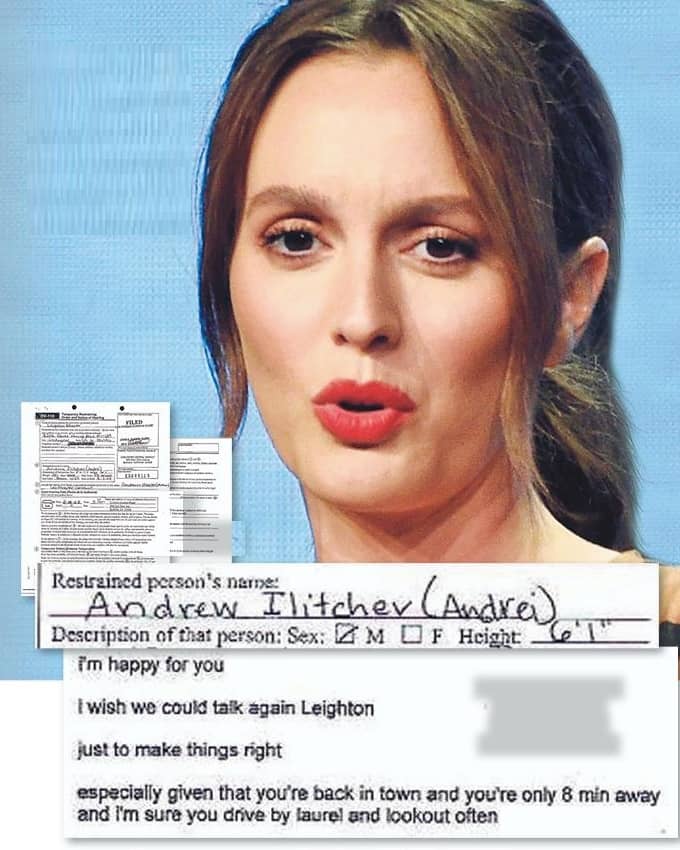 PREGNANT Leighton Meester is still being haunted by a stalker nightmare after an obsessed ex allegedly threatened to kill her more than a decade ago, sources snitched.

In 2008, the “Gossip Girl” actress was granted a three-year restraining order forbidding former flame Andrew Ilitchev from coming within 100 yards of her or contacting her.

But that order expired in March 2011, and The National ENQUIRER can reveal Ilitchev seems to have disappeared!

The brother of the sometime movie producer even told The ENQUIRER he does not know where his sibling is and has no way of contacting him!