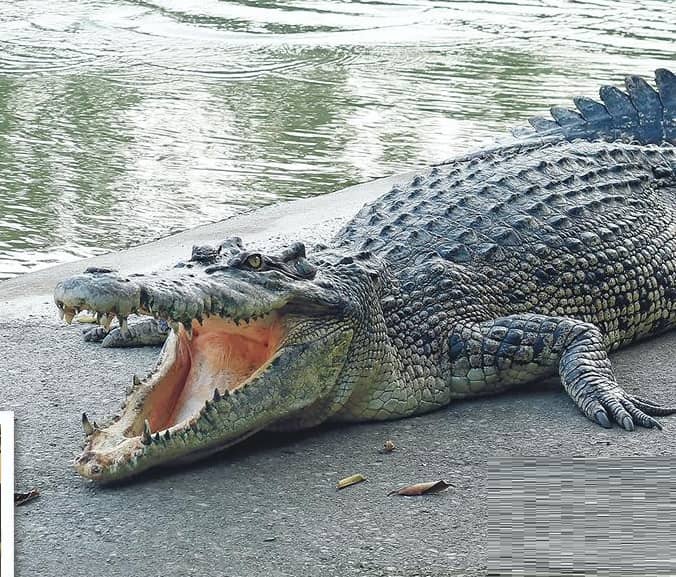 A deputy fatally shot and retrieved the bloodthirsty beast

FOOLISHLY ignoring the warnings of friends, a South Carolina woman approached a giant ten-foot gator that grabbed her leg and dragged her into a lake where she drowned!

Cynthia Covert, 58, was visiting pals who live near a freshwater pond on Kiawah Island in Charleston County when she spotted the reptile lounging in the water.

Horrified eyewitnesses said Cynthia laughed off their warnings to steer clear of the beast and outrageously crept closer to touch it and snap pictures.

According to police reports, Barbara Howell begged Cynthia to back off, telling her the gator had snatched a deer from the same spot the previous week, but her friend simply said, “I don’t look like a deer!”