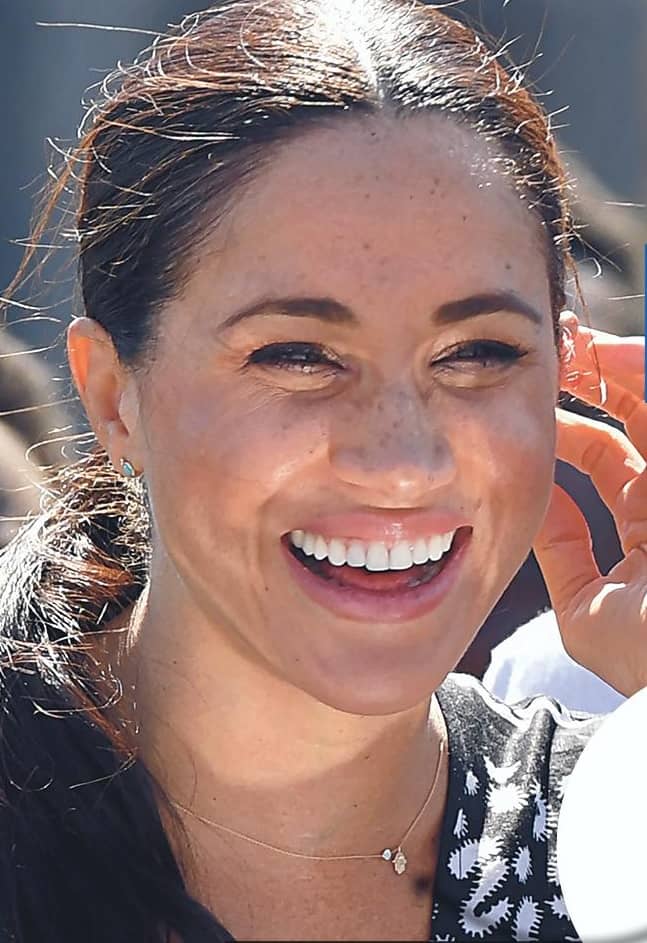 While in Africa, Duchess Meghan wore this lucky charm to ward off bad juju-but it's not working said sources.

But palace insiders said the duchess’ war against bad vibes hasn’t been working — and may have even had the opposite effect!

“Meghan’s in an absolute world of hurt right now,” a royal spy told The National ENQUIRER.

“A British judge just pinned back her ears in a lawsuit involving her father, Thomas Markle. Her highly anticipated Disney debut in ‘Elephant’ was panned by critics — and Harry’s openly homesick a month after officially quitting the royal family for California! Her life is in shambles.”