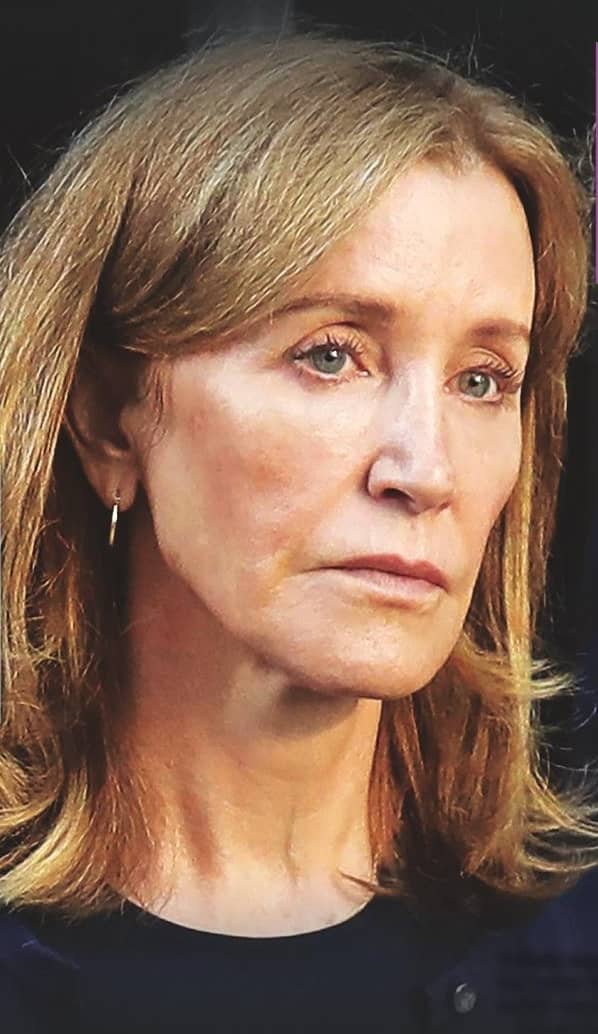 The actress, 57, hoped her role as a boozy mom in “Tammy’s Always Dying” would help fans forget her conviction in the college admissions scandal, sources squealed, but reviewers skewered it!

“Critics savaged Felicity’s performance, and the movie scored just as poorly,” an insider snitched. “The public pounding was the last thing she needed!”

As The National ENQUIRER reported, Felicity served 11 days behind bars in 2019 after admitting to paying $15,000 to have a fixer boost her daughter’s SAT scores.

The scandal-scarred star was also hit with one year of supervised release, a $30,000 fine and 250 hours of community service.