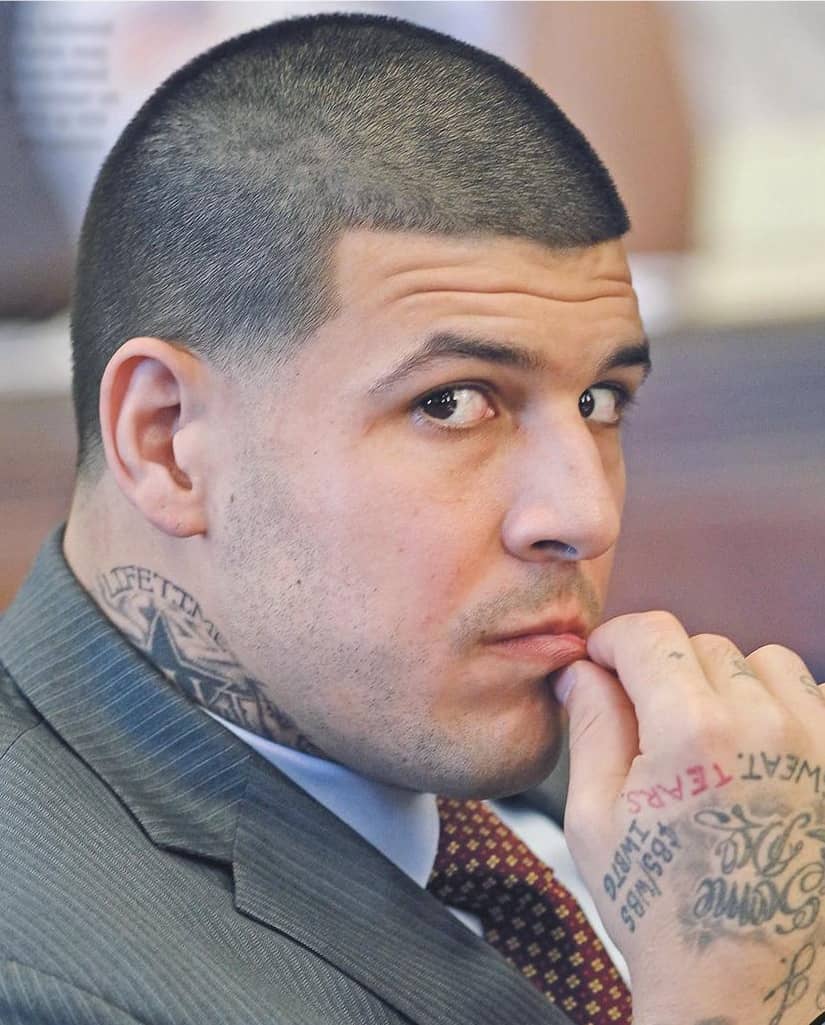 NFL star Aaron Hernandez went to his grave boasting of killing four people — and a bombshell new documentary has uncovered new evidence linking him to an unsolved murder!

The disgraced New England Patriots player — who committed suicide behind bars in 2017 — was acquitted of murdering two men, Daniel de Abreu and Safiro Furtado, in 2012 in Boston. But after going to prison for the killing of semipro football player Odin Lloyd, Hernandez admitted to the 2012 homicides and bragged of a fourth murder to his prison lover! “[Hernandez] always used to tell me he had four murders. He would just always, all the time, joke around saying, ‘I got four bodies,’” his cellmate and boyfriend, Kyle Kennedy, claimed in the documentary “Aaron Hernandez’s Killing Fields.”