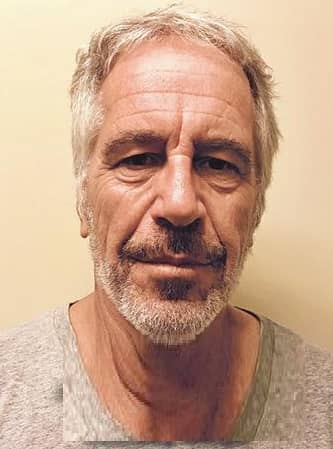 WITH Jeffrey Epstein’s madam Ghislaine Maxwell behind bars, there is growing concern their high-powered pals will try to quash evidence in the explosive sex scandal, sources told The National ENQUIRER!

Hours after the feds slapped Ghislaine with six counts of sex trafficking and perjury on July 2, stories emerged the British socialite has copies of her former fiancé’s stash of blackmail tapes taken through peepholes at his mansions — and damning dossiers on his party pals!

Close friends also told The ENQUIRER the heiress, 58, has “leverage” on several well-known figures — but did not name names.

A Who’s Who of bigwigs have been linked to Epstein and Ghislaine — including ex-President Bill Clinton, Britain’s Prince Andrew and former Israeli Prime Minister Ehud Barak. All have denied any knowledge of Epstein’s crimes — or any hanky-panky with his harem of underage sex slaves!

There were also fears a shady cabal of well-connected power brokers believed to have ordered Epstein’s death in federal prison last year will also sabotage Ghislaine’s case to protect their reputations and assets, sources said.