SCANDAL-SCARRED Ellen DeGeneres has warned celebrity pals to watch her back — or be prepared for the consequences, insiders told The National ENQUIRER!

Rocked and angered by allegations of a “toxic” work culture behind the scenes at “The Ellen DeGeneres Show,” the 62-year-old TV queen reportedly feels betrayed and is planning to even the score with A-list friends who didn’t leap to her defense after she was caught up in a sexual harassment, bullying and intimidation scandal!

As The ENQUIRER revealed, the shocking charges have led to an internal investigation by WarnerMedia — and sparked fears Ellen may be forced to give up her popular chatfest after 16 years despite her public apology and denials of any wrongdoing! But ratings have tanked in the wake of the scandal, with a stunning 29 percent drop from the same time last year! 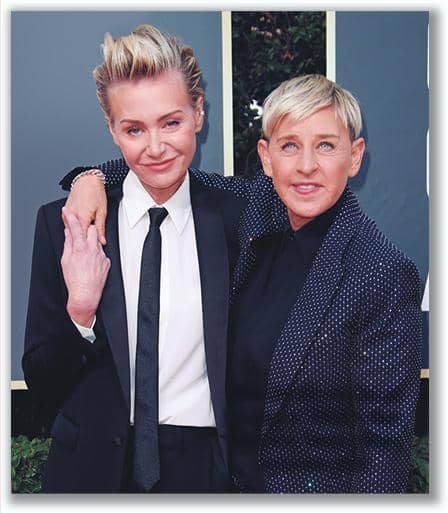 behind her wife, sharing an Instagram post declaring, “I stand by Ellen” — along with three positive hashtags.

But at press time, the three hashtags COMBINED were featured on fewer than 700 posts of support — even though the Instagram account for Ellen’s show boasts 12.9 million followers!