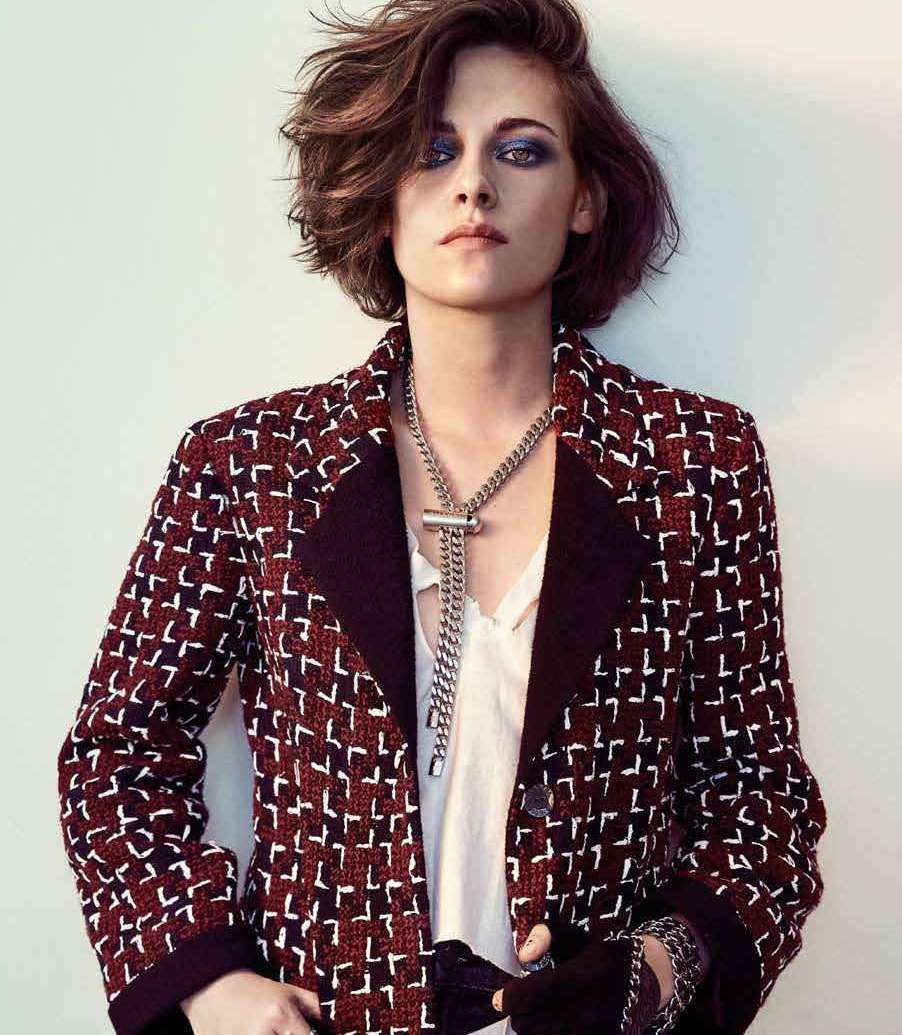 Dogged by the paparazzi - and a fickle fan base - for much of her career, Kristen Stewart has emerged on the other side, as badass as ever.

What’s it like being with Kristen Stewart in public? Imagine walking around with a jaguar that everyone wants to stare at and pet, even though they know they’re supposed to be cool  even when a big, rare cat is all up in their coffee spot. Problem is, no one can be totally chill around the actress. Not even Stewart herself. 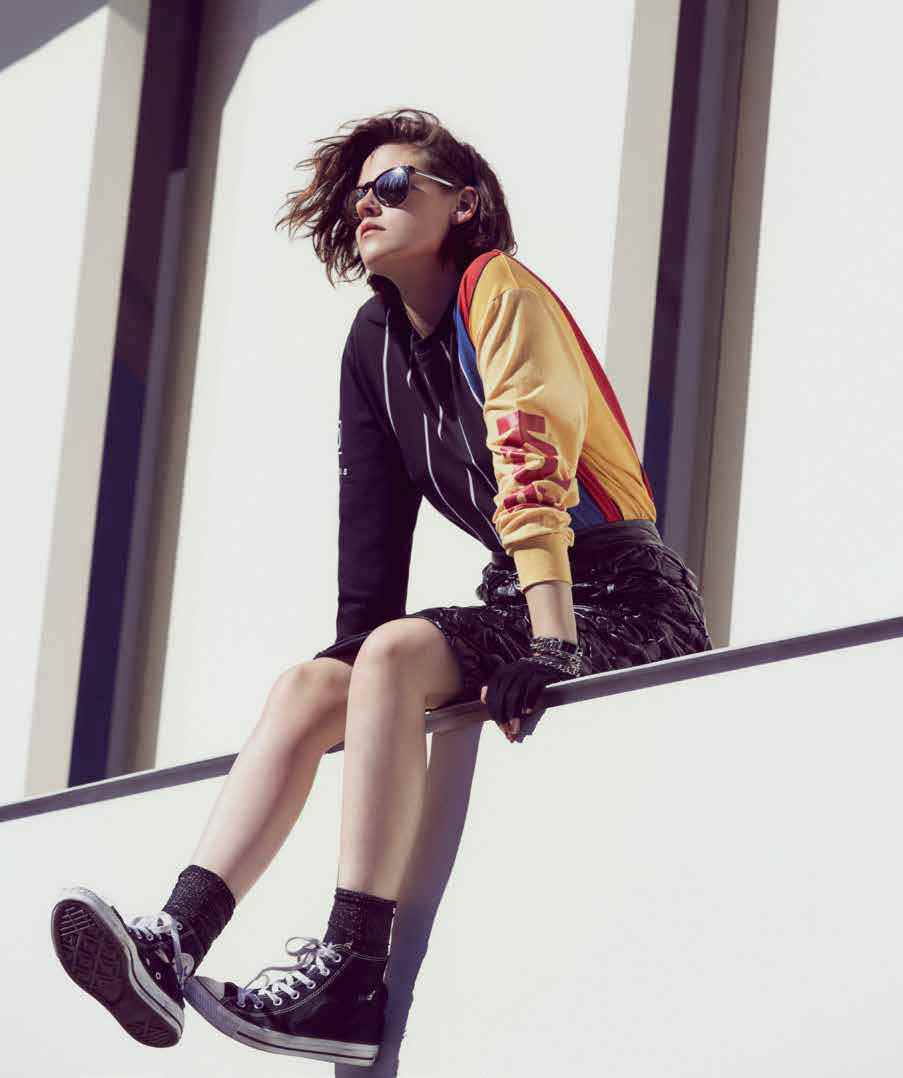 Excruciatingly aware of her fame, Stewart the Global Movie Star orders an almond milk latte at her favorite Echo Park café in a manner best described as awkward-charm offense. She chats with the barista about the café’s latest expansion, yadda yadda yadda, while nervously raking her hands through her choppy bob. Stewart’s chatter isn’t the most natural thing in the world, but its tacit message is clear: See, I’m a nice, regular person. Tell all your friends!

Walking through the outside patio is hardly better. Anyone who isn’t buried in her laptop recognizes That Girl From Twilight. A few whisper or drink her in greedily before looking away, but it hardly matters. The charge is in the air. Stewart’s body is tense, her eyes cast down until she flops into a seat in the most remote corner, an amused, near-exasperated expression on her face.

“I really wish I could not be fucking recognizable,” she says in a low voice. “It’s so annoying. I fucking hate people looking at me when all I want to do is look back at them.”

Stewart swears exuberantly and often, fueled by something closer to joy than aggression, in a way that acknowledges the fizzing Roman candle that is life. She’s also direct in what she says, sometimes blunt, but it never feels mean, even when she says, “That’s not something I would ever talk to the fucking public about—that’s crazy,” regarding whether she’s still in contact with her ex-boyfriend/Twilight franchise co-star Robert Pattinson. Instead, she comes across as honest—bridge-burningly, disarmingly honest—which is why her friends, fans, and the tabloids love her.

Her uncompromising sense of authenticity is also why Stewart is repeatedly cast in roles that require her to say what others can’t or won’t say (see: the sensitive daughter who won’t promise college to her dying mother in Still Alice, or the assistant who calls out the snobbery of her charge, Juliette Binoche’s grand dame of the theater, in Clouds of Sils Maria). She’ll occupy another such role in Ang Lee’s Billy Lynn’s Long Halftime Walk, out next year, as the titular character’s sister who opposes the Iraq War: “He comes back a changed person and she doesn’t recognize her brother. I’m the one thing trying to keep him home, the one clear perspective on the other side in the whole movie.”

In American Ultra, out now, her character is less contrarian, but just as emotionally explicit. “I’m always fucking terrified before every role,” she says. “Even if it’s fun and stupid or whatever. American Ultra is a stoner comedy, but it was physically strenuous, and to try and tell such an absurd story but keep it grounded so people will believe it is really hard.”

Riley Keough, who first met Stewart when they were in The Runaways together, breaks down Stewart’s fiery allure this way: “She just doesn’t give a fuck. She courageously exposes herself because she loves the art. And I think she understands what comes along with that. There’s not one part of that girl that’s caught up in Hollywood or cares about the opinions of others or whatever else, and I’ve probably met three people like that in my life.”

Stewart’s not about to let fame turn her into a weirdo who can’t connect anymore, who only speaks in PR-approved statements— especially when it comes to her sexuality and relationships. But what Stewart, now 25, will share and won’t share is a fascinating algorithm she’s honed over time. She refuses to offer up her life for tabloid sport, but she’s also not afraid to be raw and open. 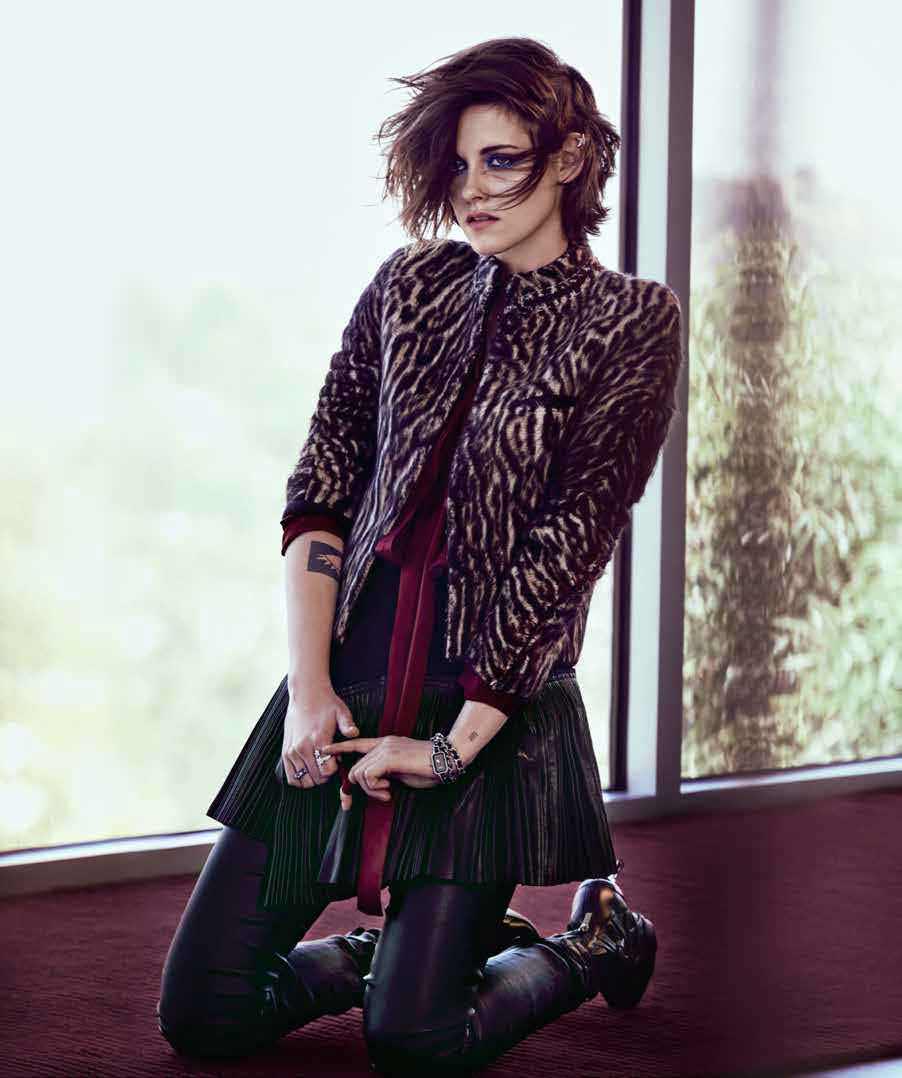