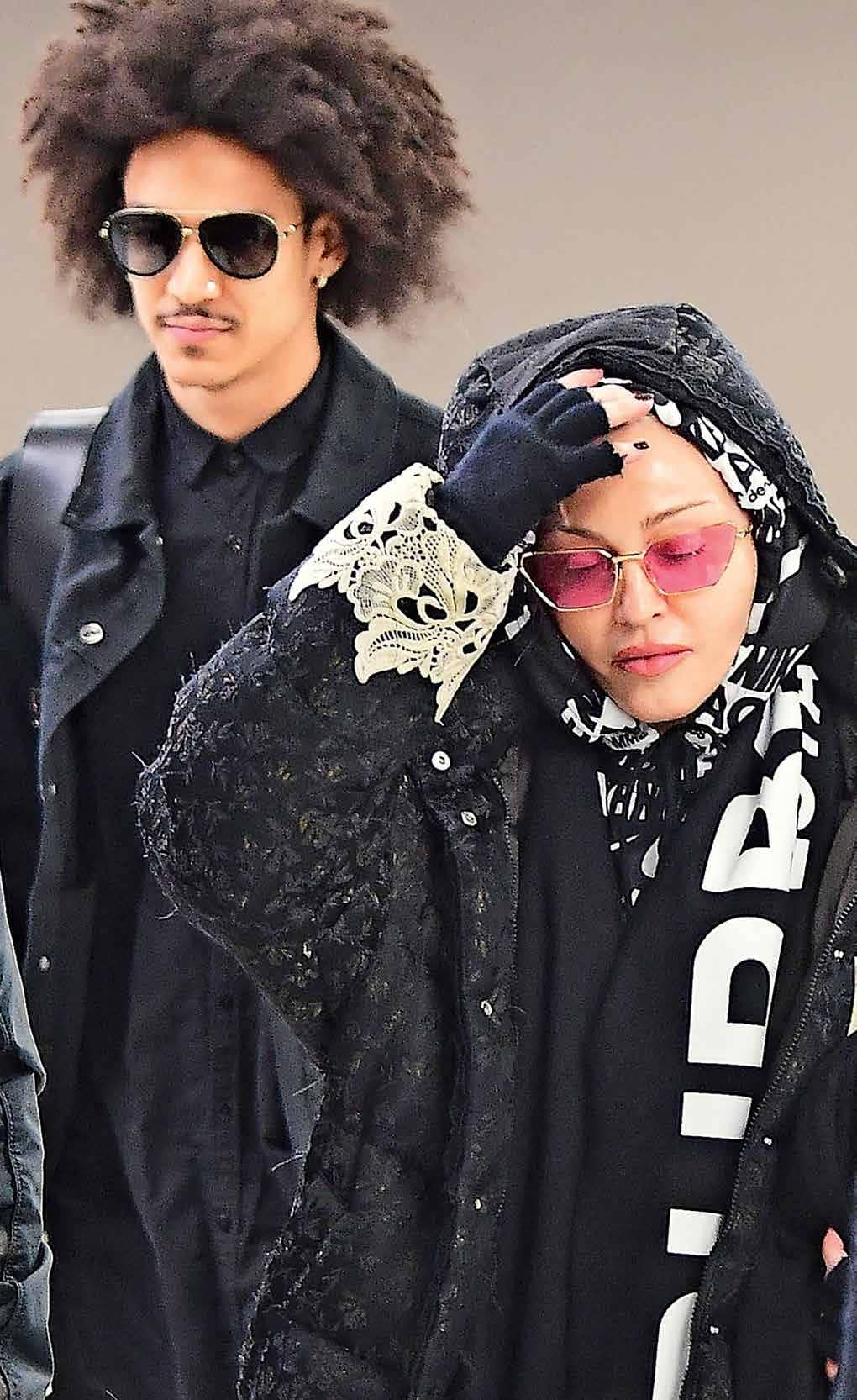 The singer’s new lover is so Hung Up on her!

She’s been ranting on stage about STDs and sleeping with well-endowed men, but we hear Madonna is living more Like A Virgin than the sexually charged goddess she claims to be! And the irony hasn’t been lost on her toyboy Ahlamalik Williams, who has been reduced to her round-the-clock carer as she battles chronic knee and hip problems.

Earlier this month, Madge, 61, was forced to cancel another string of her Madame X shows on doctor’s orders due to her frail condition. While insiders say Madonna is in “agonising pain”, no-one is suffering more than her sex-starved boyfriend.