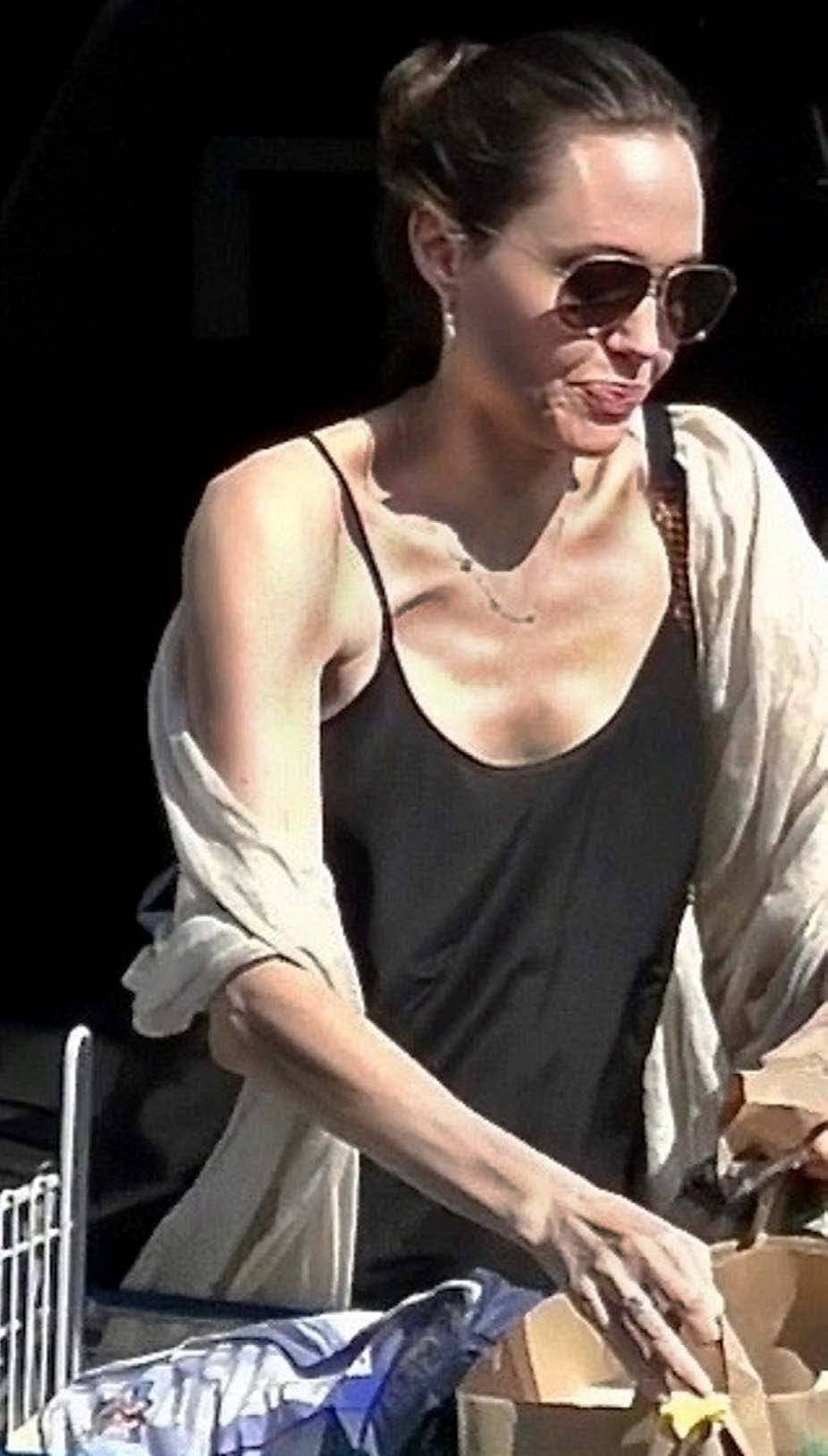 She’s always been scary skinny, but things have reached a terrifying new low for Angelina Jolie.

Yep, sources tell NW the skeletal mum-of-six’s weight has plummeted to just 38kg, as she continues to waste away before our eyes. And in a terrifying new twist, there’s growing fear she’s at real risk of bone disease because of the lack of nutrients in her malnourished body. Yikes!

Ange’s pin-thin frame was once again apparent as she began work on her new film in New Mexico last week. Insiders say she’s working gruelling, 12-hour days on set, often filming late into the night – and food appears to be a low priority as usual.

“Ange is skin and bone and barely eating as usual,” a source reveals. “It’s amazing that she’s able to do so much when she has the appetite of a small bird. Basically, the fear is that she’s pretty much in starvation mode and it’s been this way for years.”