Taylor Swift - Queen Of Everything 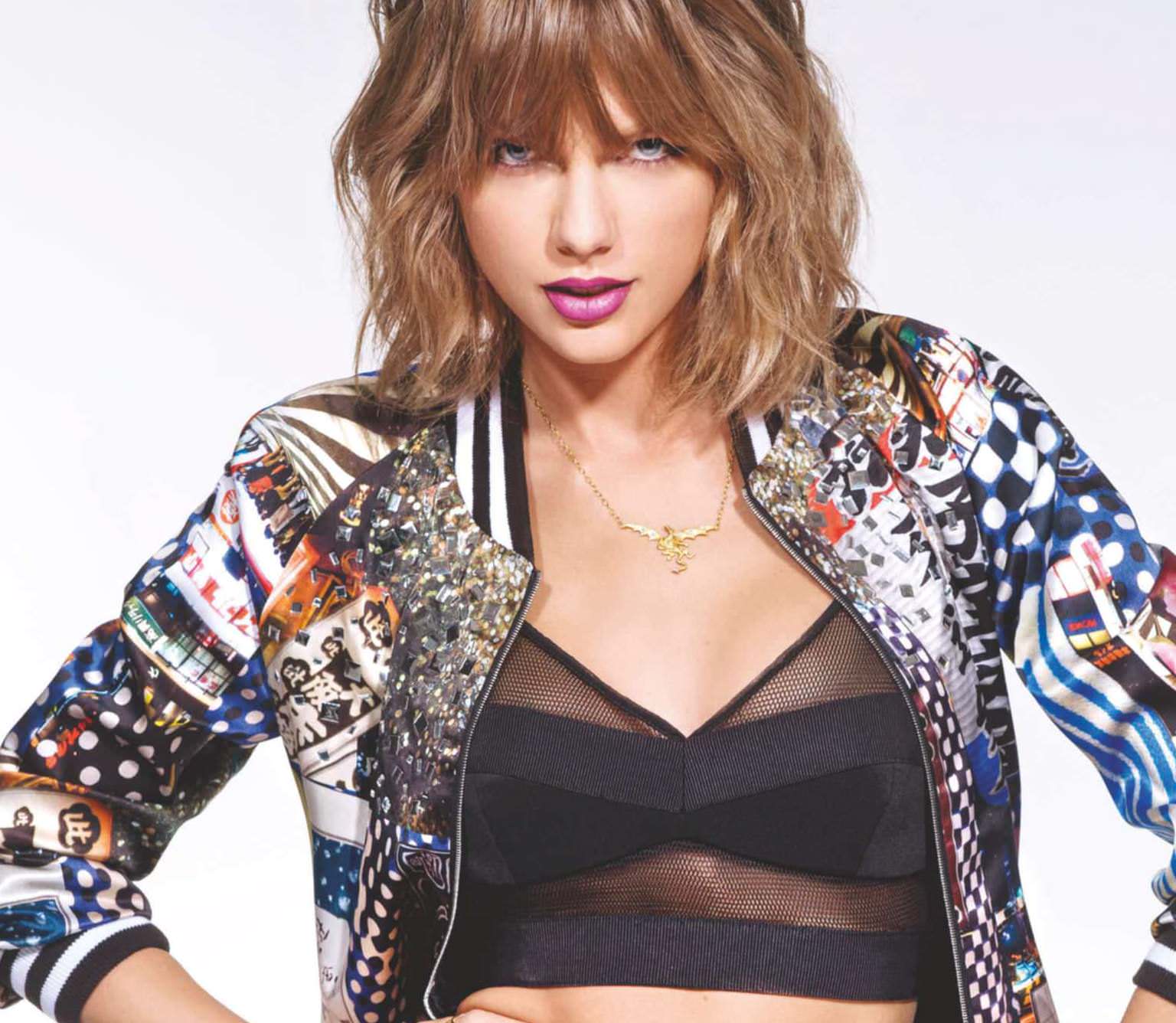 What's it like to rule the pop universe, boss corporations around and sell record-breaking numbers of albums, all while the internet scrutinises your every move? Dan Stubbs meets the world's biggest and politest superstar to find out. 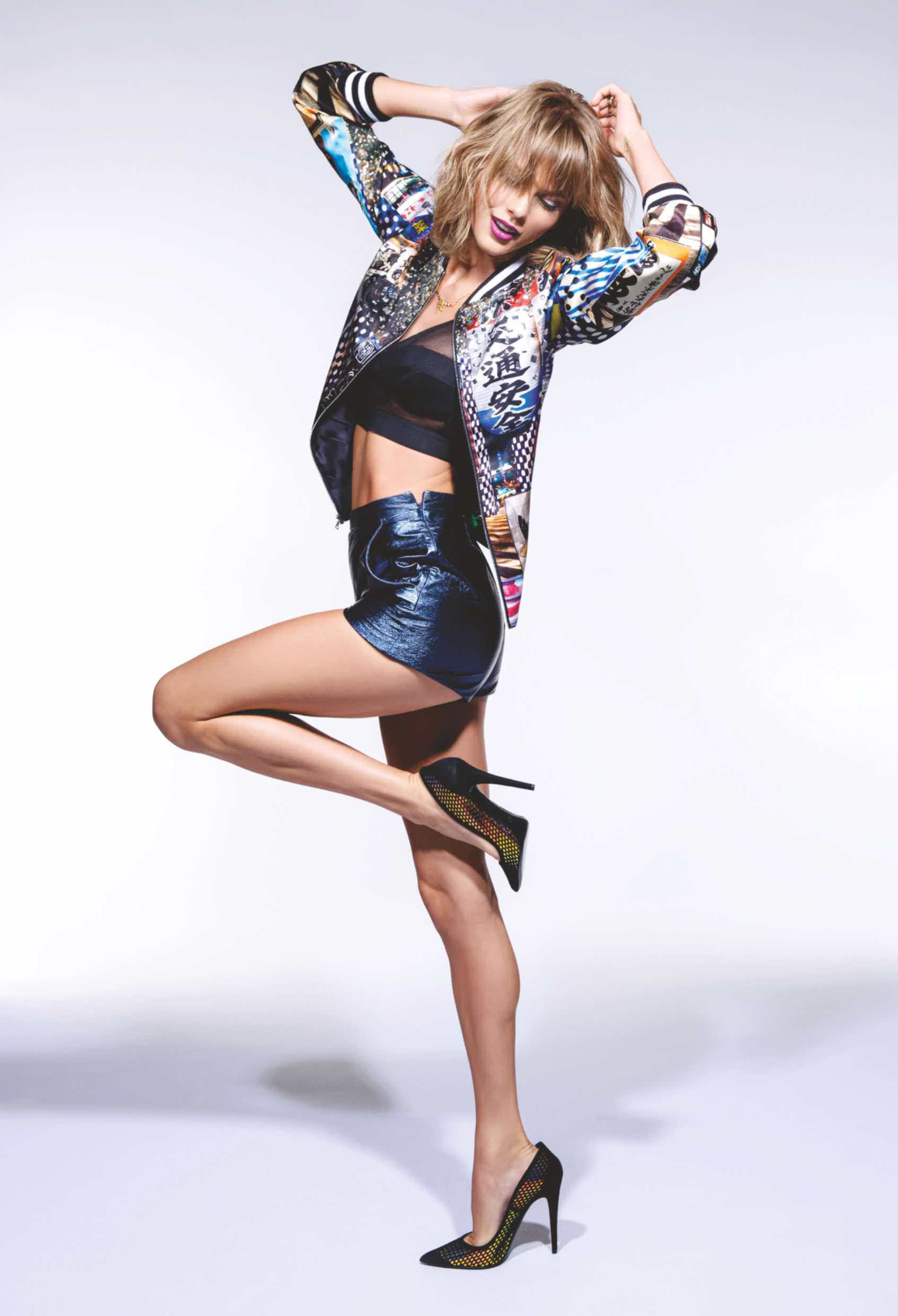 Taylor Swift’s dressing room smells like Madonna. It’s thanks to a scented candle presented by the old queen of pop to the new, after Swift commented on the aroma of madge’s own chambers. “But hers has a hint of eucalyptus mist, too,” says Taylor. “I don’t have the wherewithal to work a steamer – it seems very complex.” As we speak, a display of alien-looking purple flowers arrives from Mary J Blige. Also delivered this morning was a presentation box of m&m’s imprinted with the images of Swift’s two cats. “I am freaking out about them,” she says, zipping across the room. “I sent pictures to all my friends.” She plops back down on the sofa. “So... that’s my dressing room vibe!”

We’re backstage at the 1989 Tour, the blockbuster arena spectacular in support of Swift’s world-beating album of the same name. This is the fourth of an unprecedented five sold-out nights at LA’s Staples Center, and Swift is loving every minute. “I was thinking about this yesterday and it hit me: I don’t want this tour to end. Ever,” she says. “And that’s never happened to me before.”

Part of the fun of the 1989 Tour is its revolving cast of surprise special guests. Last night, Alanis Morissette joined her to sing angsty 1995 hit ‘You Oughta Know’, and comedian Ellen DeGeneres walked the catwalk dressed as what Swift describes as “a disco ball ballerina”. The guests keep things fresh where nerves no longer do. “I [only] get nervous for TV or any situation in which I feel there are people in the audience who hate me,” she says, hugging her legs to her chest. “If there are a considerable amount of people in the first couple of rows who I know are wishing I would trip and fall onstage, that stresses me out. So not at my shows. Maybe an awards show or something...” 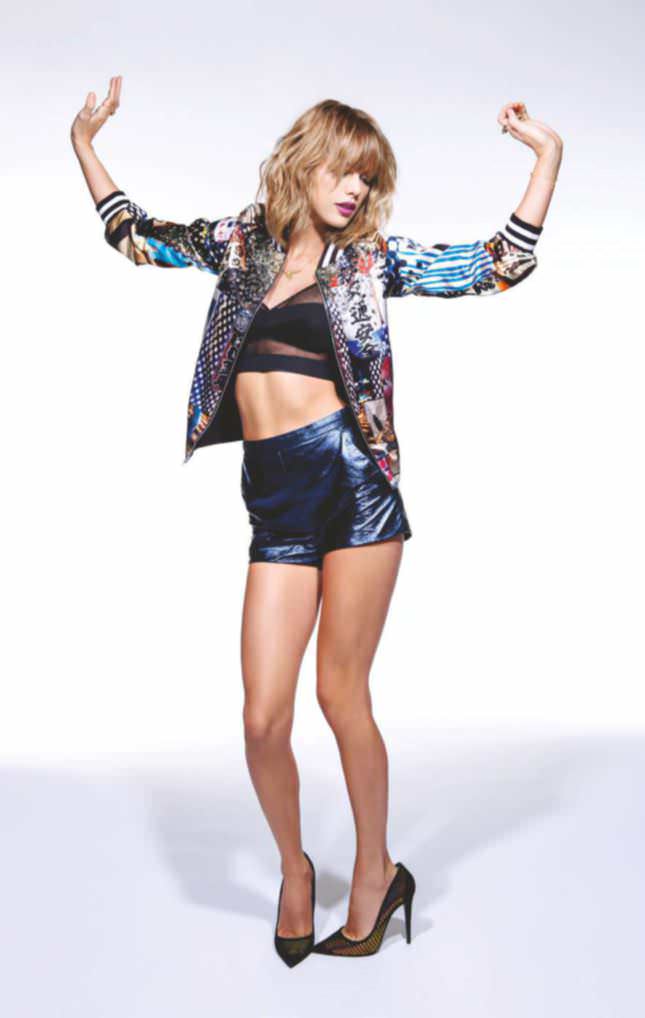 Swift has, as she puts it, “had a lot of very… off the wall things happen” at awards shows, whether going home with so many trophies you feel embarrassed for the other performers or being interrupted 1,287 on stage at 2009’s MTV VMAs, when Kanye West decided Swift’s Best Female Video nod was an insult to Beyoncé. “I’m one of the few [to have experienced that] – and the other one is in the next dressing room,” she says, gesturing towards the wall. “Did you know Beck’s here?” 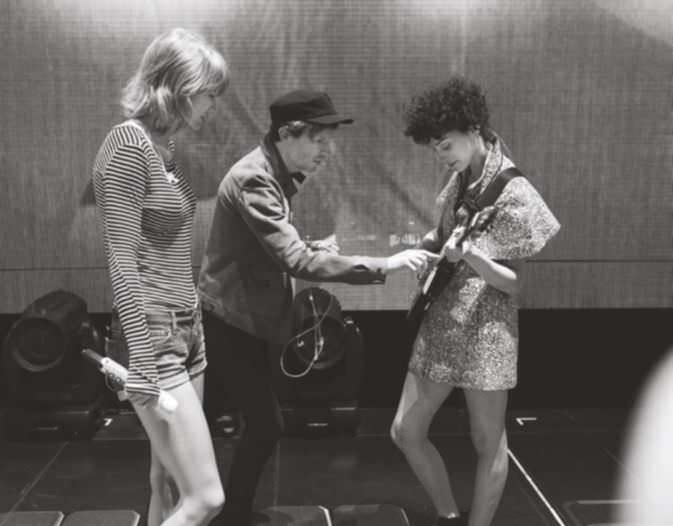 Singer-songwriter Beck, target of West’s ire at this year’s Grammys, is tonight’s guest performer. So is this some kind of survivors club? “No, me and Kanye are on such good terms now, six years later,” says Swift. “It took a while... But I had to tell Beck this story earlier. I was at dinner with Kanye a week after the Grammys, he stops what he’s saying and he goes, ‘What is this song? I need to listen to this every day.’ I say, ‘It’s Beck, it’s on an album called ‘Morning Phase’, I think you’ve heard of it…’ We just burst out laughing. And he says, ‘Hey, sometimes I’m wrong.’”