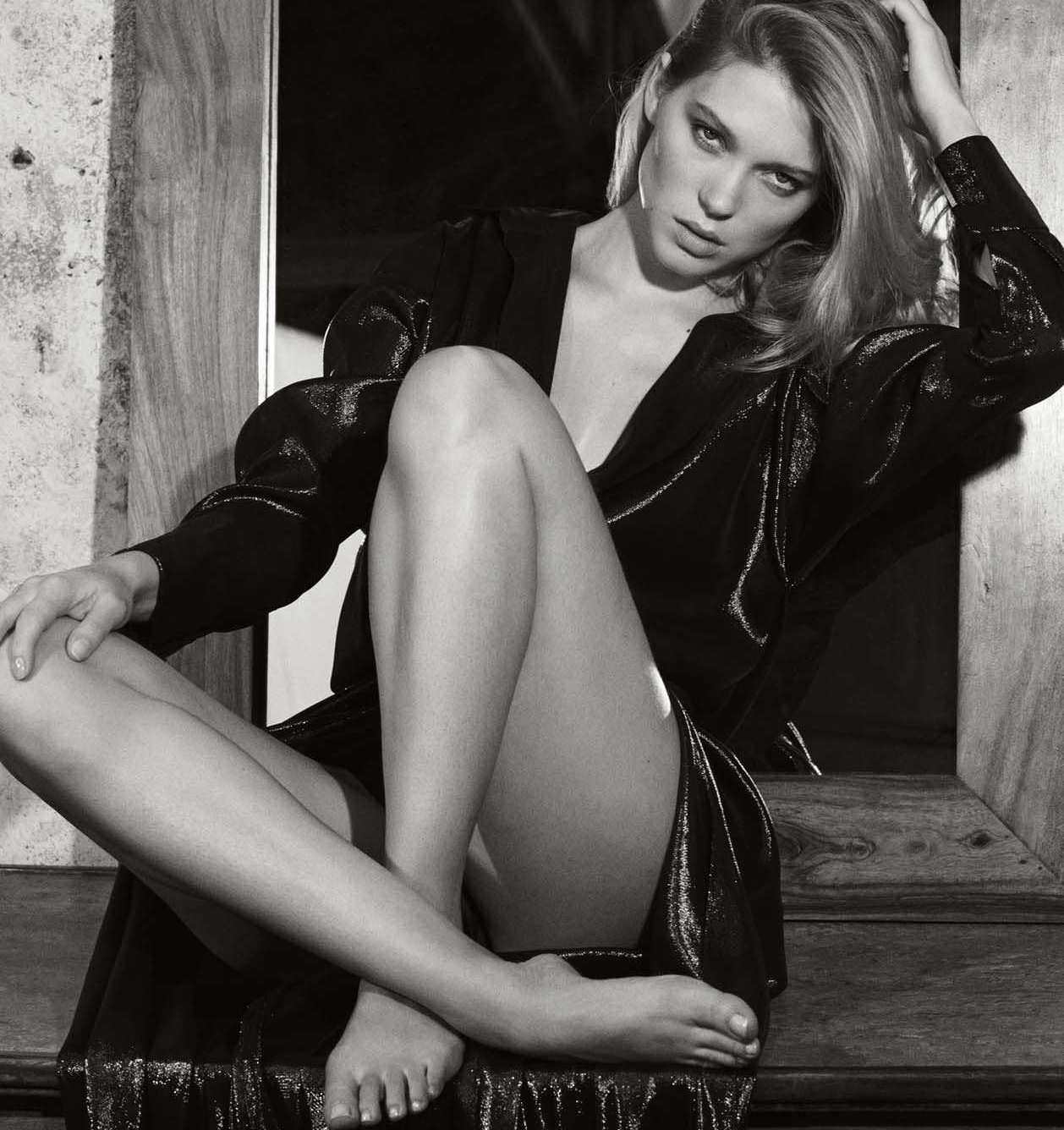 The ravishing La Seydoux has a fling with 007, but please don't call her a Bond girl.

It was hardly a typical introduction for a would-be Hollywood superstar, but the first time most of us laid eyes on Léa Seydoux, her hair was cropped and dyed blue and she was playing a lesbian art student with a taste for Sartre and strawberry milk.

Unexpectedly, that French-language indie film, Blue Is the Warmest Color, became a global hit. (Maybe it had something to do with the seven-minute sex scene, which The New York Times deemed “longer and more literal than anything you are likely to encounter outside of pornography.”) In any case, Seydoux was soon the hottest French export since Champagne. And a few more art films later, she has landed the female lead in this November’s Spectre. Technically, she’s a “Bond girl”—a charter member of that lithe, busty cinematic sisterhood (often named with extremely heavy-handed innuendo) who turn up as eye candy in the long-running spy franchise, relegated to playing second fiddle to 007. Or they used to be.

First off, we’re not supposed to call them Bond girls anymore. As director Sam Mendes made clear when he introduced Seydoux’s and her costar Monica Bellucci’s characters to the public, these are very much Bond women.

Indeed, Seydoux’s character, Dr. Madeleine Swann, is more or less a thorough reinvention of the role. “She’s not a generic Bond girl,” Seydoux says. “She’s complex and equal. She’s more of an intellectual. It’s the first time you see a woman in front of him with that power.”

“What we especially love about Léa is that you always feel her soul coming through,” says Barbara Broccoli, who produced the movie with Michael G. Wilson.