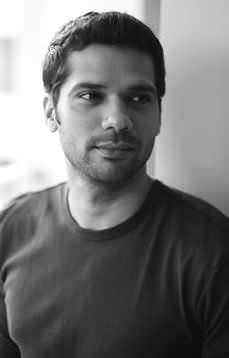 They don't have famous last names, and the film industry will give them only so many chances, They are the A-Grade actors who will always be B-List stars.

Certain indian families, home to profitable enterprises, insist that their scions receive and sprint ahead with the generational baton, furthering the family business. This line of reason, precariously hinged on trial and error, expects talent to follow inherited fortune. Similarly, most Bollywood families that are firmly established in the film-making business want to always stay relevant, remain in the news, live forever. This dash for immortality presents itself via their heirs: often, a reasonably handsome, 20-something man who wants to be an actor. His wish is the film industry’s demand; calls are made, scripts are written, a crew is put together, a film hits the floor and a star son is launched. Why does it sound so simple? Well, because it is. Over the last few decades, only three Bollywood stars, with no connections to major film families, have held sway in Bollywood: Jackie Shroff, Shah Rukh Khan and Akshay Kumar. On the other hand, the number of star sons who have failed to make a substantial impact is fairly huge. Bollywood is not kind to failures, especially towards hopefuls vying to be heroes — many TV actors, models and theatre artists have been shown the door after a few unsuccessful attempts. The same rule, however, doesn’t apply to star sons, who are given ample chances to prove their acting prowess until the audience literally stops seeing their films. Fardeen Khan, Uday Chopra, Bobby Deol, Tusshar Kapoor and, to a certain extent, Abhishek Bachchan, have all acted in more than a dozen films, desperately trying to launch a career that came into being primarily because of their last names. But, these remarkable failures have also opened up space for new talents — assured actors, outsiders to the industry, who are slowly forging distinct identities for themselves by choosing films that continuously demand them to reconfigure their comfort zones and by taking on roles that bristle with truth, complexities and ambiguities. However, these names are still under the radar, still unknown to a majority of our cinema-going audience, still not stars. What is it that makes good actors stars?