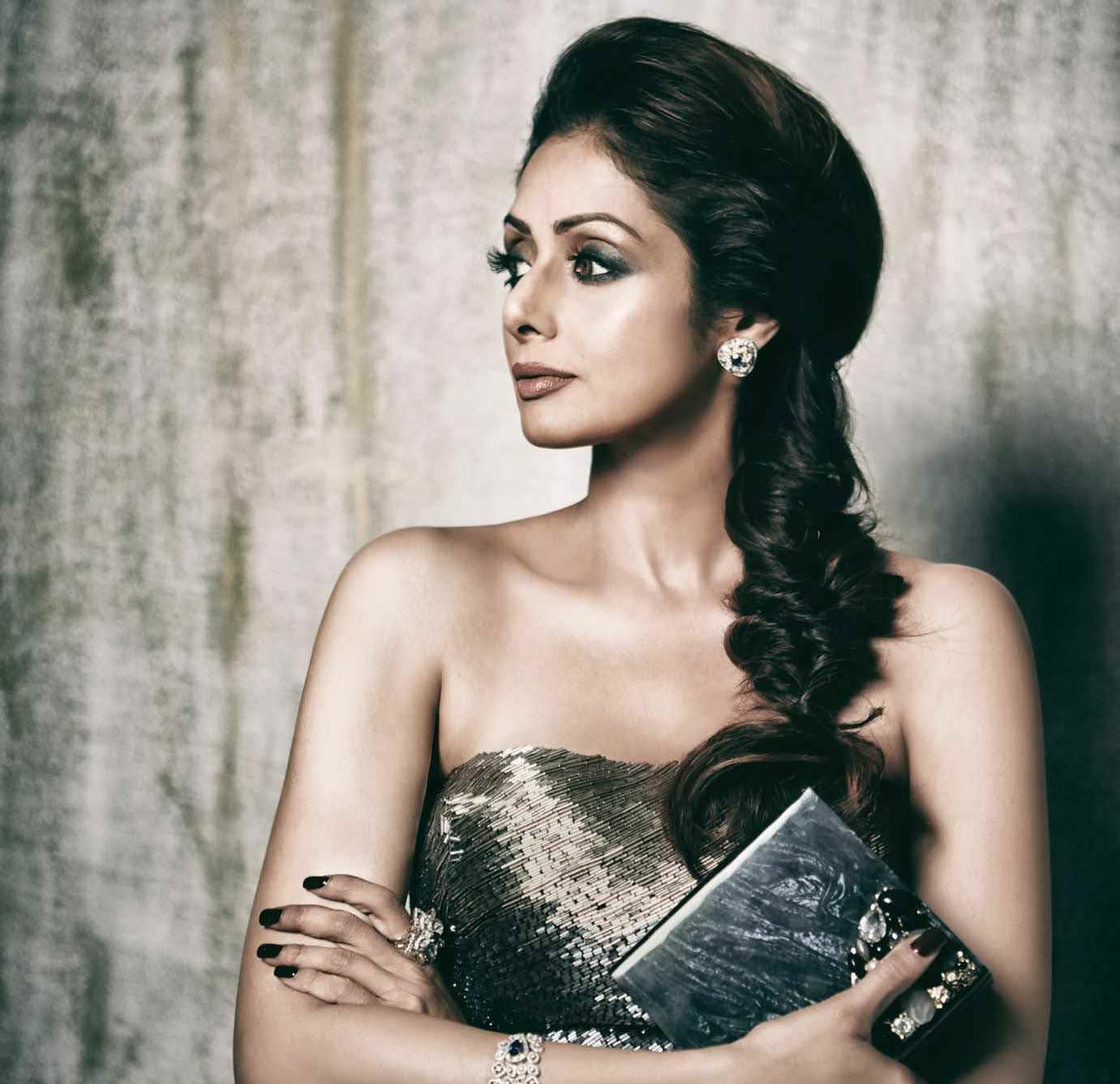 Whether it was the iconic blue sari in Mr India, the salwar kameezs in Chandni or her glammed-up avatar in Roop Ki Rani Choron Ka Raja, Sridevi has always been a trailblazer with her fashion looks in films. Even today she is keenly watched and admired for her sartorial choices on the red carpet. The never-aging beauty talks to Farhad J Dadyburjor about the people who have helped in her style evolution, how she stays in such fantastic shape, and her one big fashion no-no.

As one enters the resplendent interiors of Manish Malhotra’s store in Mumbai, there is a certain frisson in the air—the crackle of excitement that the presence of an icon brings. Dressed in a regal gown, Sridevi is being intricately fussed over by Manish, as he smoothes out creases, hands over the right accessory, gives his final nod of approval before the photographer rolls. It’s a relationship of mutual trust that stretches back 25 years, with Manish having styled the clothes for her in countless films, and a friendship that endured long after. “The first time I met Sridevi, (photographer) Rakesh Shrestha had taken me to Mehboob studio where she was shooting for Pathar Ke Insan.” Sridevi smiles indulgently in the direction of this shoot’s photographer Rohan Shrestha, Rakesh’s son, who admits to having a pure fan moment on this shoot. 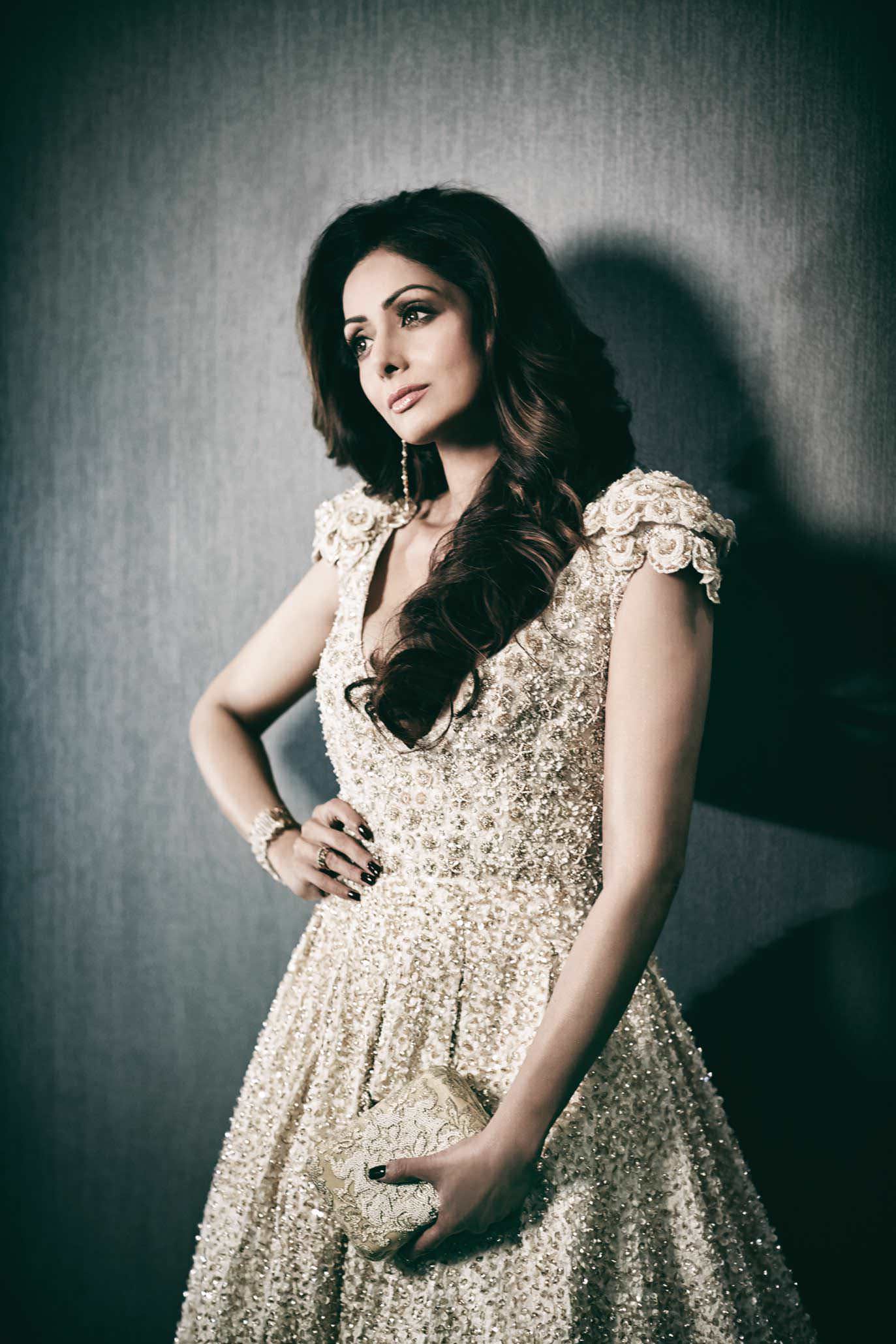 Manish continues, “I had just started my career then, it was around 25 years ago. Then I met her again at Rakesh’s photo-shoot with her where he gave me the reference of a brown jacket with lots of feathers around it that he wanted me to make and I went to Crawford Market to get it done. She liked that jacket so much that she asked me to make something for her in another song of hers,” fondly recalls Manish. “When I met her she was my favourite actress, already a huge star and I had loved her look in Chandni. She was always changing and evolving her style, and the last film before her marriage which we did together was Judaai. She’s quiet, she knows her craft, and I have tremendous respect for her. She carries a sari with such élan and style and also carries a gown with equal dignity and elegance, so I think if there’s one word for Sridevi’s style, it’s ‘elegance’.” 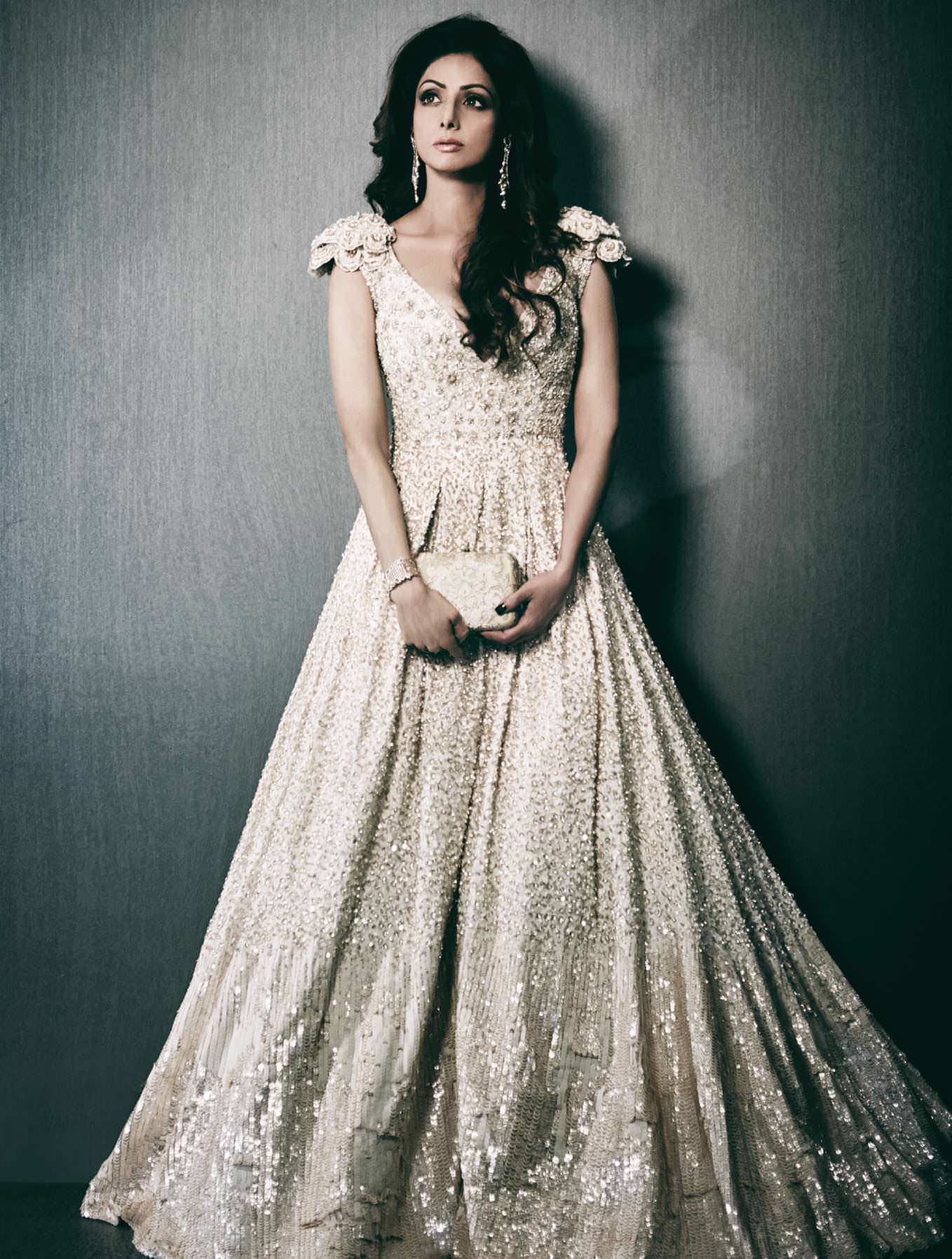 MORE STORIES FROM HI!BLITZView All