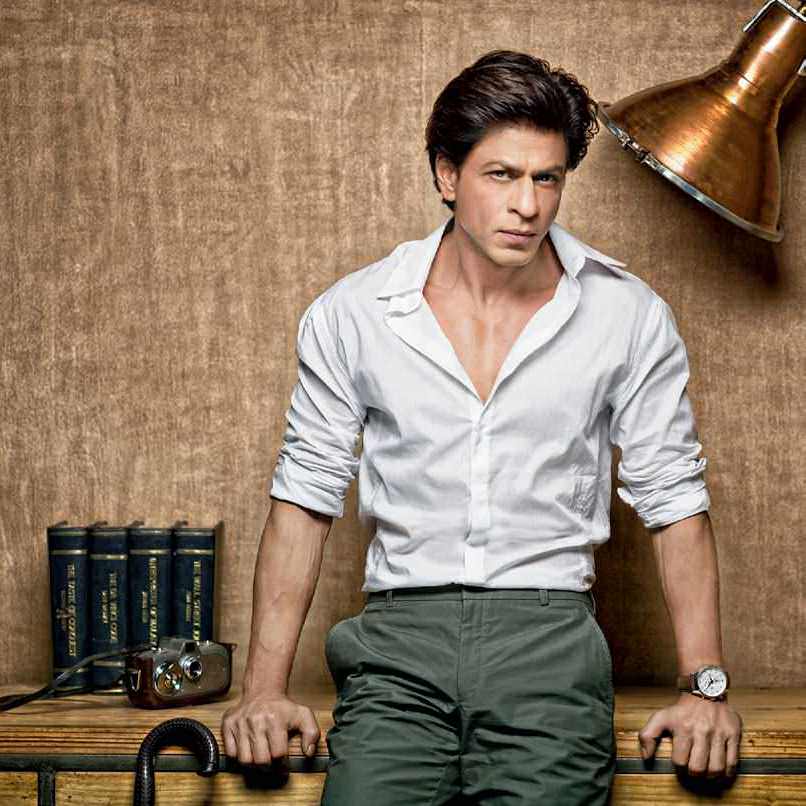 A second innings with fatherhood, revisiting DDLJ chemistry with Kajol in a new tale, a covert admirer of Lalit Modis high jinks... Hello! Presents a B-Town surfer at the crest of many waves, relishing the highs and lows, simultaneously.

You share a lot of photos with your son, AbRam on Twitter. When you talk of changing the times, (rather than just changing with them), this decision to be a father mid-life is a first in your industry. How has it been?

“I think I am a different person from who I was 25 years ago. And though I am working just as hard, I have more control over my time than I did back then. I am producing films now, so I have a little more time. I know that issues will get resolved. It’s interesting, but I find myself gentler with AbRam, than with my Suhana and Aryan. Maybe because I simply have the luxury to relax. Back then it was love them, kiss them, play with them, and then rush back to work. Here I can sit with him, doing nothing. I mean my son and daughter may have come to the sets maybe four times in the last 17 years... Suhana and Aryan have come a maximum of 10 times on the sets. That too, for a few seconds on an outdoor. AbRam has come on the sets 30 times already. And of course, I have taken him to watch IPL matches. Everyone says we look alike. He’s my soulmate I guess!” (smiles his dimpled smile).

We hear that you are so enthusiastic about filming for Raees, that you show up at 10.00am on the sets even though your call time is 11.00am!

“With Red Chillies, I have a tight schedule and it’s important for me to finish each film on time. Film-making is a time consuming process and is expensive... and with my knee issue and surgical recovery taking up some precious days, I was feeling a bit guilty... I didn’t want to be the reason for the film’s delay. I am no doubt kicked as I have not done this kind of a character oriented film in a while, one based on a real life guy.”

We believe you played a cruel and clever bootlegger? A highly negative character in a very unusual ensemble cast?

“I wouldn’t say cruel, people with dimples can never be cruel! But canny, yes. Raees is very different, it’s very exciting, with a director like Rahul Dholakia who is not mainstream in his thinking. He has a unique story-telling style.Also, it’s a fresh cast, working with Mahira Khan, Nawazuddin Siddiqui. Even the production team is coming together with Red Chillies for the first time, and we are also trying to make it a commercially viable film. So there’s a mix of talent across the board that is truly fresh. There’s no safety net here. Raees being a thriller, has no songs, no dances. My other film-in-progress, Dilwale, is your blockbuster commercial film, it has songs and fights and drama. This one is a strange mix, and when you take on a strange mix, you choose a different path. It’s been a fresh experience.”

Your previous TAG watch launch synergised with your character in DON. A bit daredevil, a bit reckless. Does the Aqua Racer synergise with any of your films at present? Looking back at your 23 years in films, how do you relate to the motto of ‘Not Cracking Under Pressure?’