Reaching For The Stars… Kriti Sanon 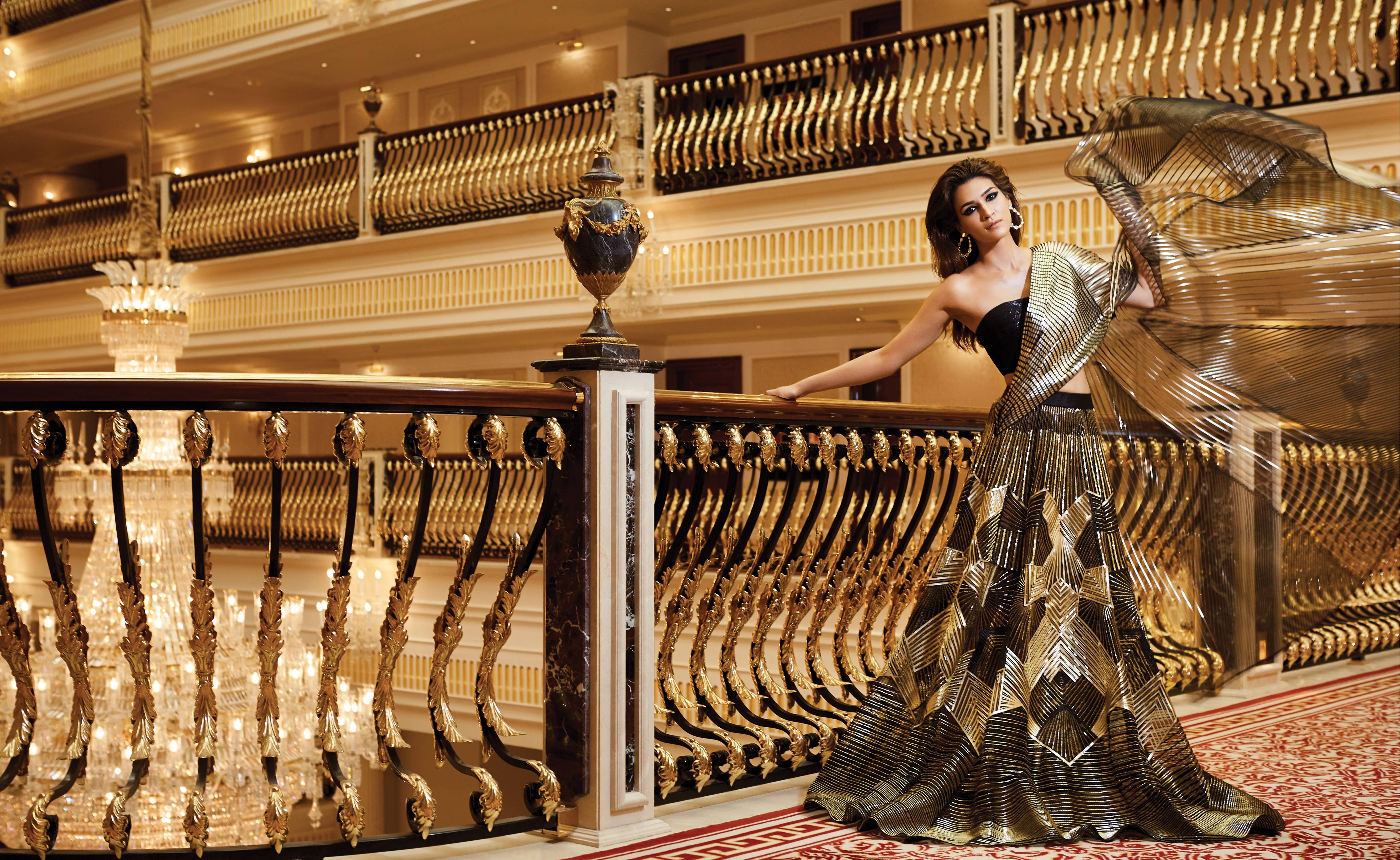 SHE COULD WELL BE THE PROVERBIAL INDIAN MERMAID ON THE EDGE OF THE MEDITERRANEAN RIVIERA. AN ACTRESS WHOSE HALF-DECADE LONG TRYST WITH CINEMA HAS SEEN HER WORKING WITH AN IMPRESSIVE ROSTER OF VETERANS, BRINGS TO LIFE THE ARRESTING BACKDROPS AT THE TITANIC MARDAN PALACE IN THIS MÉLANGE OF STUNNING FASHION MIS-EN-SCENES

It’s a sunny day in Turkey’s seaside town of Antalya. Kriti Sanon looks about at the magnificent Titanic Mardan Palace, almost awestruck with its ornate beauty and larger-than-life central pool, “It’s as if it’s part of the sea itself,” she says, in between shots.

Perched on the edge of the Mediterranean Riviera, the palace hotel is an apt location for this rising star, its design a medley of the four schools of architecture that Turkey’s capital Istanbul is known for… a perfect homage to the adage East meets West… columns rise up from the ground to support tall ceilings, shimmering balustrades support gigantic staircases and gold leaf lights up the walls to create an atmosphere of old world luxury. Little wonder it is also considered an ideal honeymoon as well as destination wedding resort. 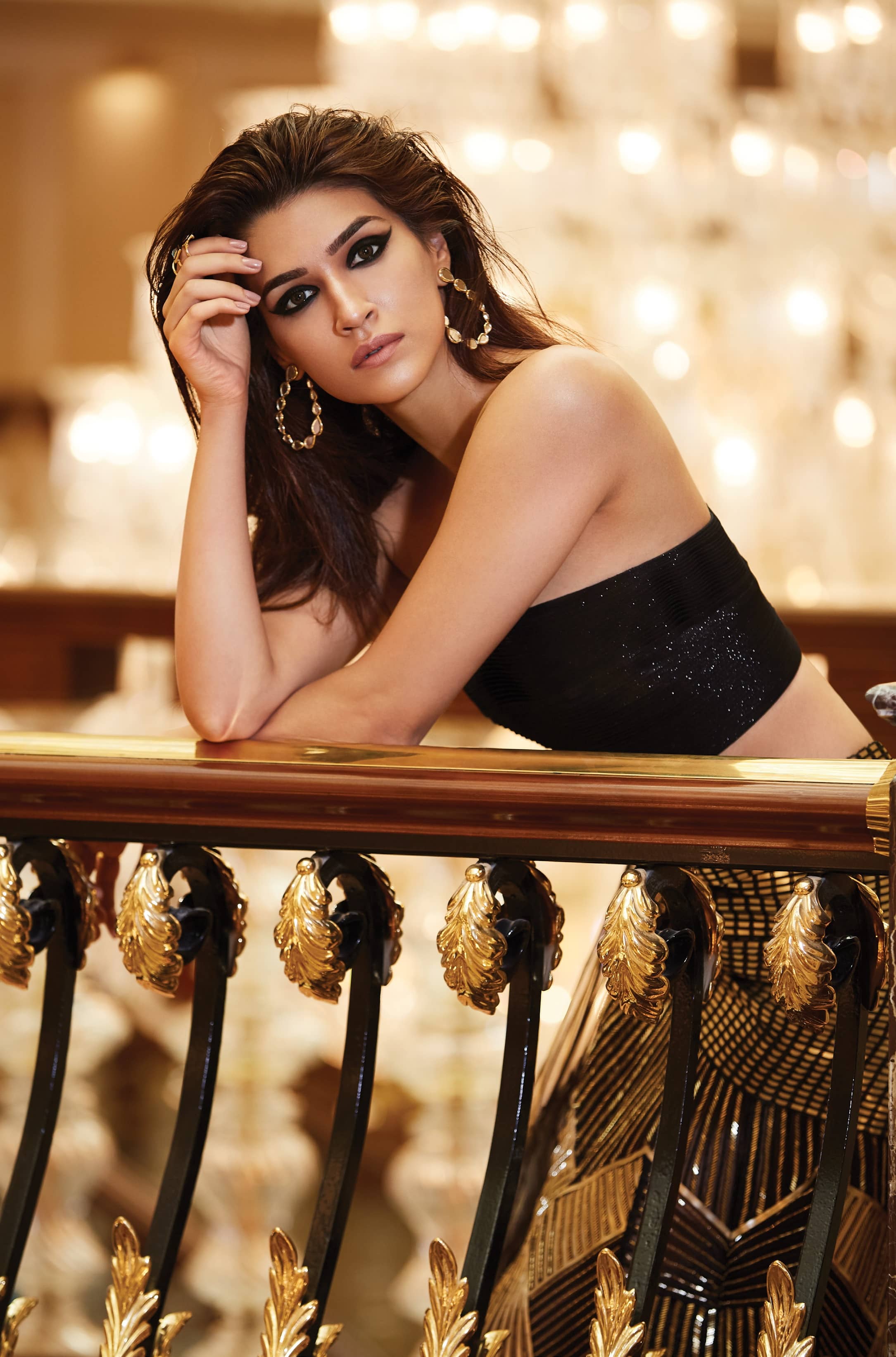 Kriti’s stellar rise in Bollywood bears a close resemblance to her surroundings. She’s treading on hallowed grounds trotted by Bollywood royalty pretty early in her career, what with only five years in the industry. In this short span she’s managed to star alongside such names as Shah Rukh Khan and Kajol, Varun Dhawan, Sushant Singh Rajput, Tiger Shroff, Ayushmann Khurrana and Rajkummar Rao among others. HELLO! got to chat with the ingénue post her shoot in Turkey, where she recounted her travels to exotic lands and her journey to reaching the cusp of stardom. 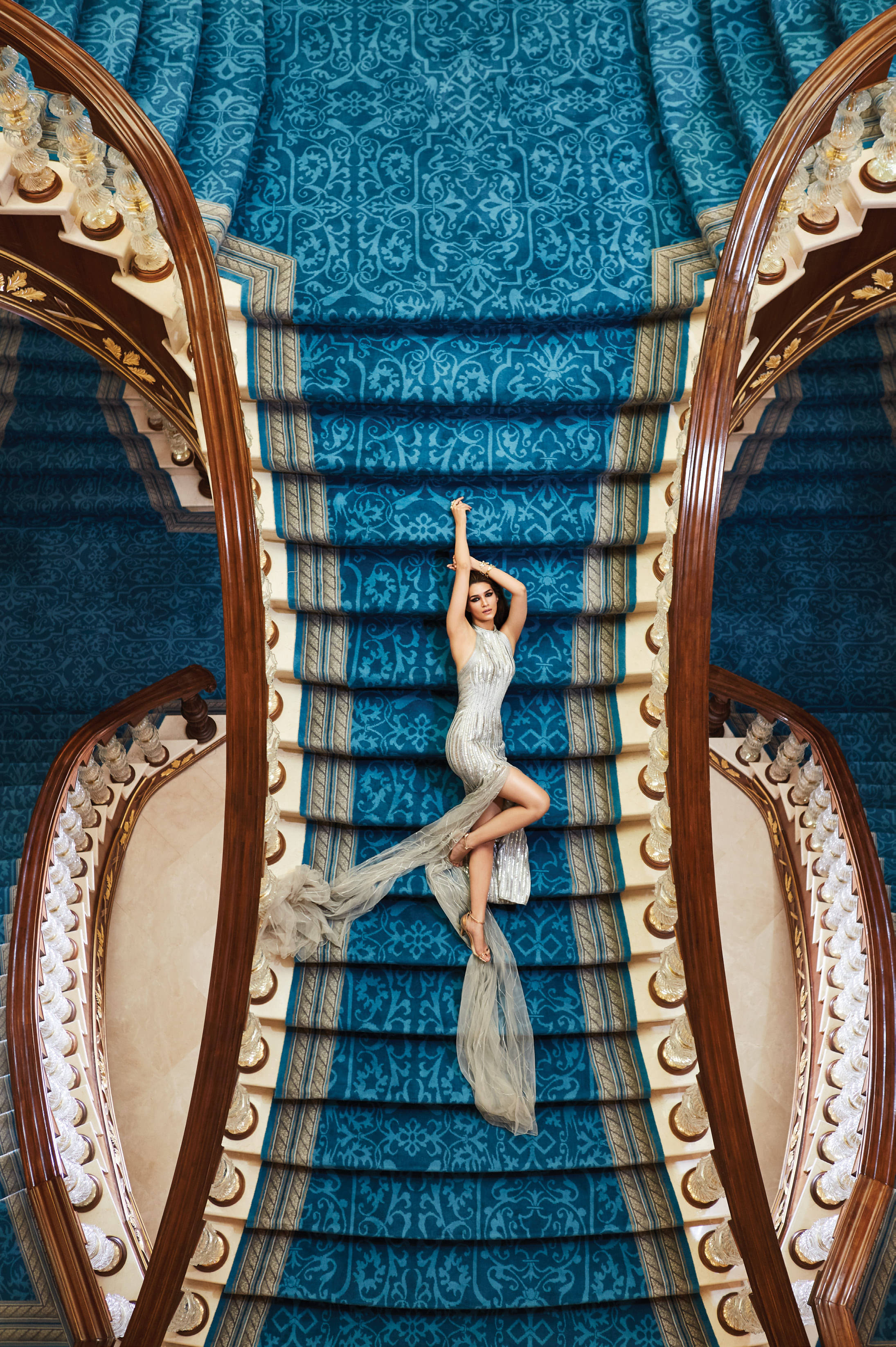