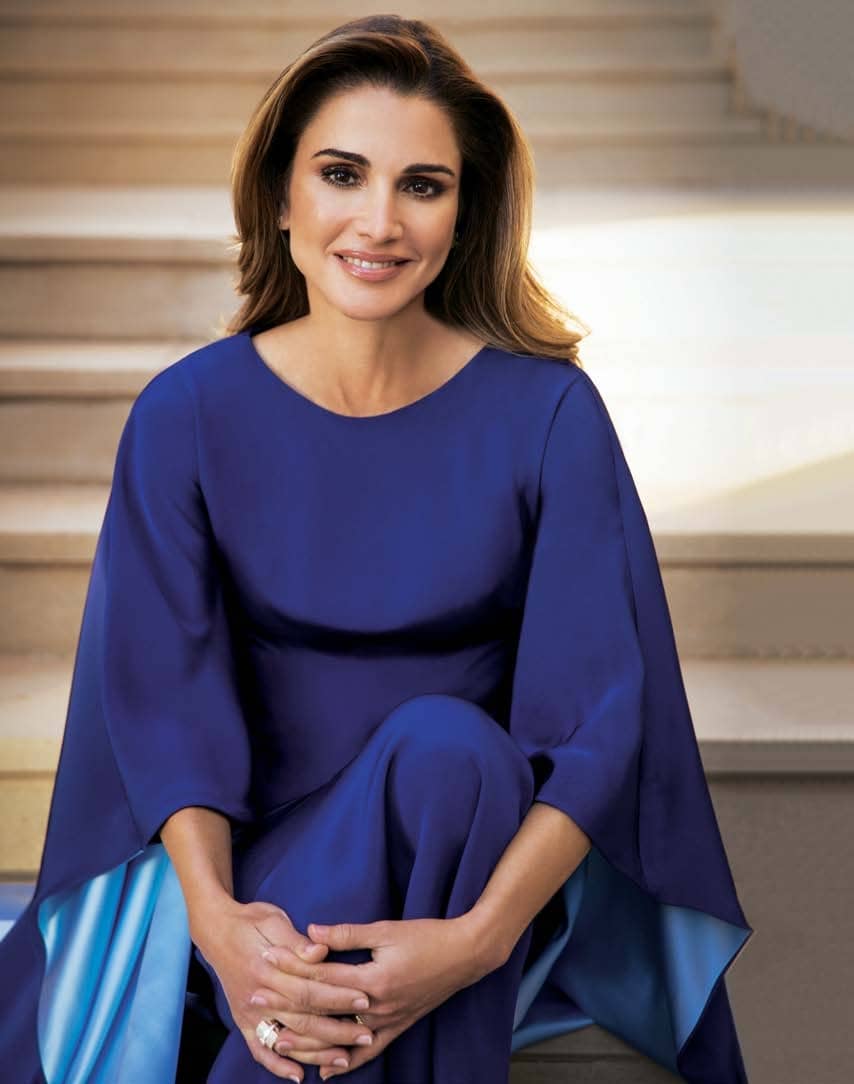 With her grace, elegance, compassion and beauty, Queen Rania of Jordan is a shining light in her drive for global change.

To her 10.5 million followers on Twitter, she is: “A mum and a wife with a really cool day job,” yet this is a modest understatement from one of the most influential women on the planet.

As well as being the wife of King Abdullah II and a mother to four children aged between 14 and 25, Rania is a passionate humanitarian who has embraced her role since becoming Queen two decades ago, using her position to promote tolerance, acceptance and the importance of education for girls and young people and to speak out against child abuse and social injustice.

She is also a committed advocate for refugees. Alongside her tender family pictures on Instagram are images of her comforting grieving women and children displaced by the ravages of war.

In contrast to affluent countries turning away refugees, Jordan, a kingdom surrounded by wartorn Syria, Iraq, Israel and Palestine, opened its borders to those seeking solace after risking their lives to escape a fate far worse.

“My pride in Jordanians’ response to the massive influx of refugees into our country is immeasurable,” Queen Rania says, in an exclusive interview with HELLO!.

In contrast, she is disappointed by the response of other nations to the crisis, saying: “I don’t think anyone can deny that the global response has been severely lacking.”

Born Rania Al Yassin, the Queen was brought up in a Palestinian family living in Kuwait. During the Gulf War in 1991, however, they were forced to flee, along with thousands of other Palestinians. They found a safe haven in Jordanian capital Amman. “It sounds basic, but you’ll be surprised how often people need to be reminded that nobody chooses to be a refugee,” she says. “You become a refugee when you’ve run out of choices.”

Now Rania, who went on to become the youngest Queen in the world at the age of 28, is drawing on her journey and influence to help those who need it most. In this interview, she tells HELLO! how everyone has the capacity to make a change for good, how she encourages her children to show kindness and compassion and how husband King Abdullah inspires her every step of the way. 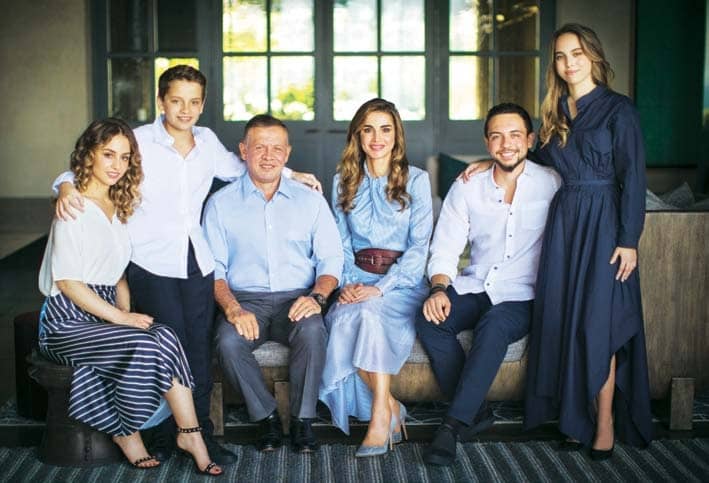 What have been the highlights of your year in both a personal and an official capacity?

“I think not every year, but every day has brought its own highlights.

“When we’re young, we’re often so preoccupied with trying to figure ourselves out and with proving something to ourselves and to others. Youth is often revered but the truth is, youth can be a struggle mired with a great deal of insecurity.

“Comfort in one’s own skin and a higher degree of inner calm are some of the perks that come with time. We learn that the things that caused us so much angst don’t really matter. We learn not to take anything for granted and that happiness is a conscious decision and a commitment we make to ourselves.