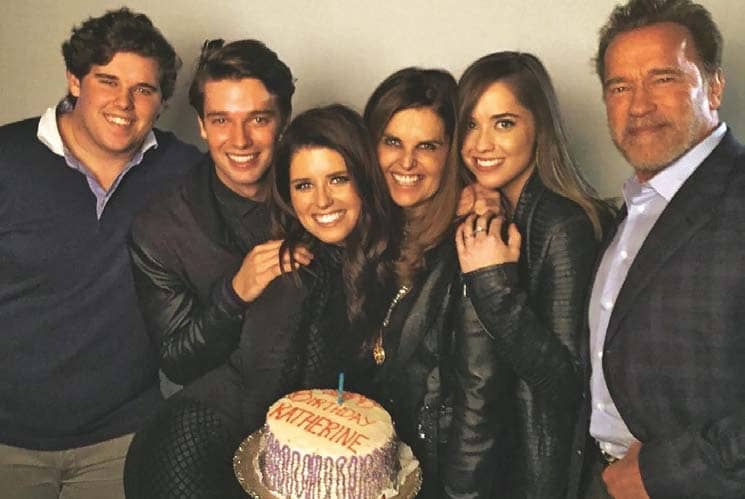 With Los Angeles in lockdown, Katherine Schwarzenegger is safely holed up at home with her Hollywood actor husband Chris Pratt. “We’re feeling good,” the 30-year-old author tells HELLO!. “Everyone is taking it one step at a time, doing their best with staying in and keeping busy. And staying in touch with people on FaceTime, which is a great way to stay connected because a lot of people are on their own.”

One person she must be missing is her father, action legend Arnold Schwarzenegger, who has donated US$1million to the Frontline Responders Fund in the US and has been entertaining his 20 million Instagram followers by posting videos of himself with his two pets, a miniature horse called Whisky and a donkey, Lulu. “The important thing is you stay at home,” he advises while feeding his equine companions carrots in his kitchen.

“He’s really just having the time of his life with the pony and the donkey at the house. He’s making the most of it, for sure,” Katherine smiles.

And cheering everyone up? “He’s doing a good job,” she agrees.

Katherine is the eldest of Arnie’s four children with his ex-wife, acclaimed journalist Maria Shriver, who is part of the famed Kennedy political dynasty – President John F Kennedy was her uncle.

It was reportedly Maria who helped set up her daughter with Jurassic World star Chris, 40, in summer 2018, introducing them at church. The couple married a year later at the San Ysidro Ranch in California, dressed in custom Giorgio Armani Privé. Katherine described the June 2019 nuptials as “the best day of our lives”.