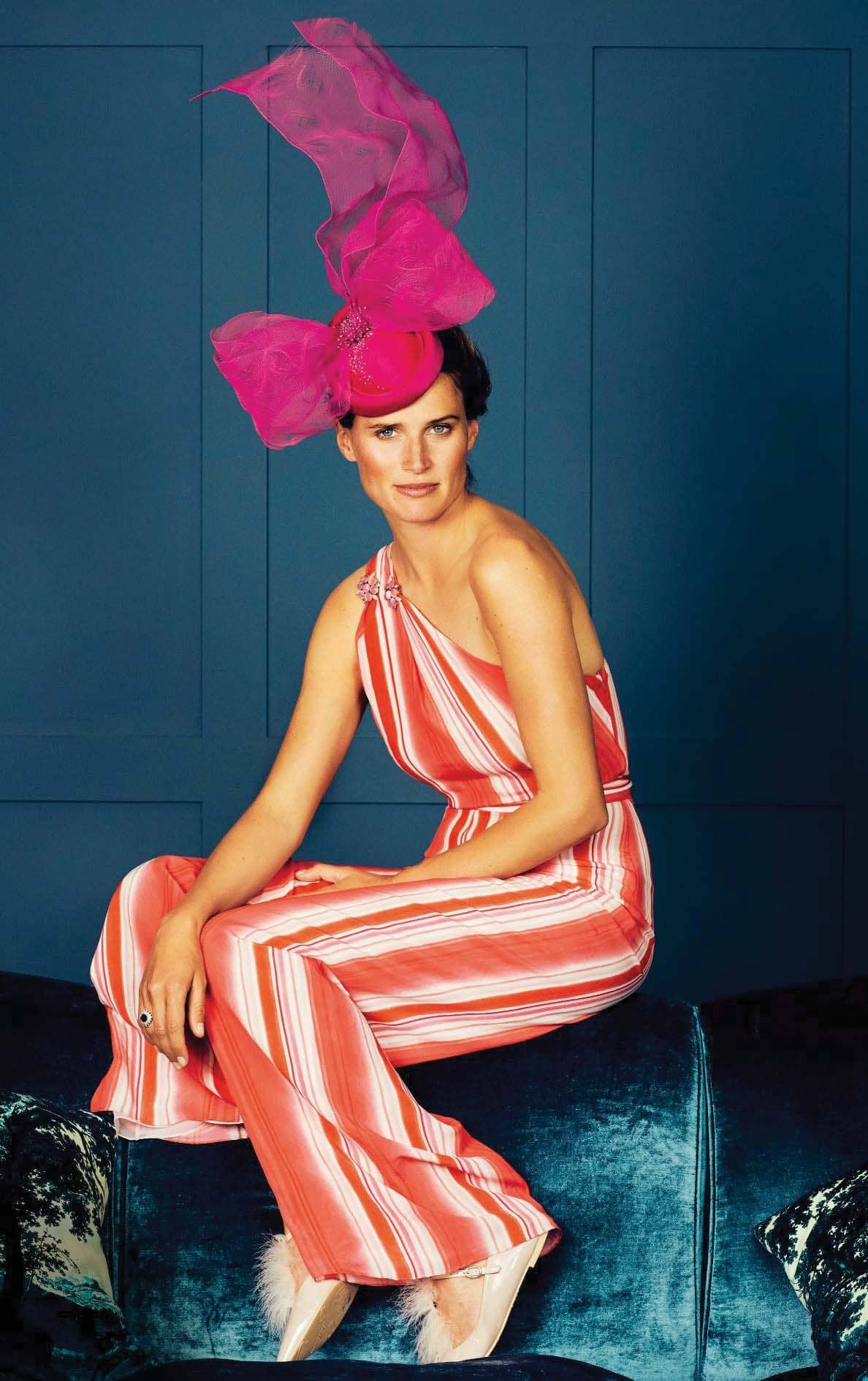 As the glamorous face of ITV horseracing, you might think Francesca Cumani has a working wardrobe brimming with flamboyant hats. But that’s not the case, she tells HELLO!

“I don’t get to wear extravagant hats when I’m presenting – they could scare the horses and there’s always the danger they might take a nibble out of them. So it’s nice to be able to try on all these amazing creations,” she says with a smile as she models exquisite headwear from the Royal Ascot Millinery Collective at our exclusive interview and photoshoot.

And while the 36-year-old declares she is “not a natural poser”, she certainly looks on champion form ahead of Royal Ascot, which gets under starter’s orders on 18 June. She’s chosen outfits that fit the dress code for each of the course’s enclosures – Royal, Windsor, Queen Anne and Village. The five-day festival is a highlight of the summer season and a favourite with the Queen.

“The Queen is great, she gives Royal Ascot an extra element,” says Francesca. “Watching Her Majesty arrive in the gleaming carriages is such a spectacle and it makes me proud to be British. You can just see the glee and excitement on her face, especially when she has a winner.”

Francesca doesn’t hesitate to reply when asked if her own equestrian passion will last until the grand age of 93: “Absolutely. Once you’ve got the bug, it doesn’t really go away. Although I probably won’t be arriving at Ascot in a carriage.”