The Prince Of Wales 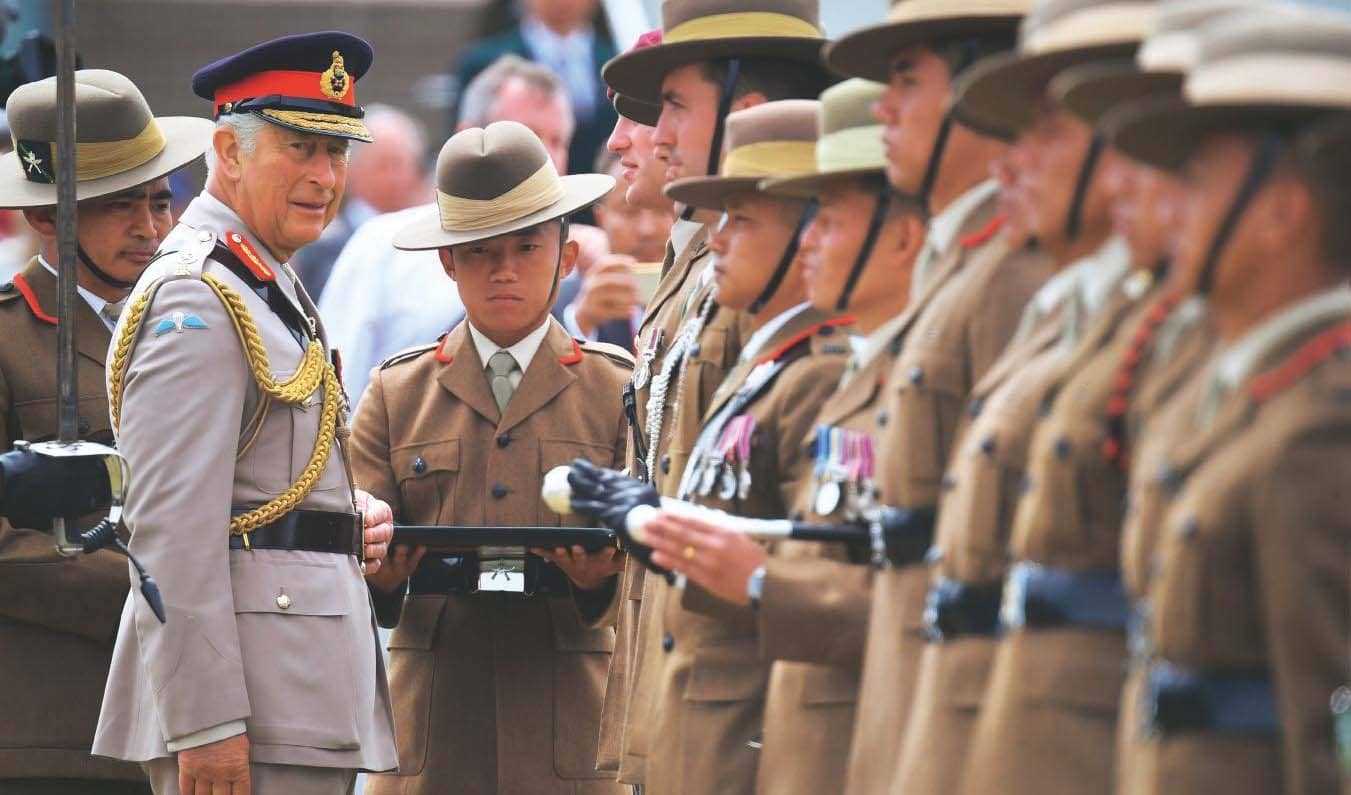 Tracy Schaverien
With a colorful garland adorning his military uniform, the Prince of Wales was all smiles as he honored Gurkha soldiers last week.

Prince Charles, who is a colonel in chief of the 1st Battalion The Royal Gurkha Rifles, celebrated the regiment’s 25th anniversary by handing out medals at the Sir John Moore Barracks in Folkestone, Kent, recognizing the troops’ recent tour of Afghanistan alongside the 3rd Batallion Parachute Regiment.

Dressed in his field marshal summer uniform, which was decked with medals, the Prince received a royal salute and was presented with a mala, the traditional Nepalese garland, in the regimental colors of green, black and red.