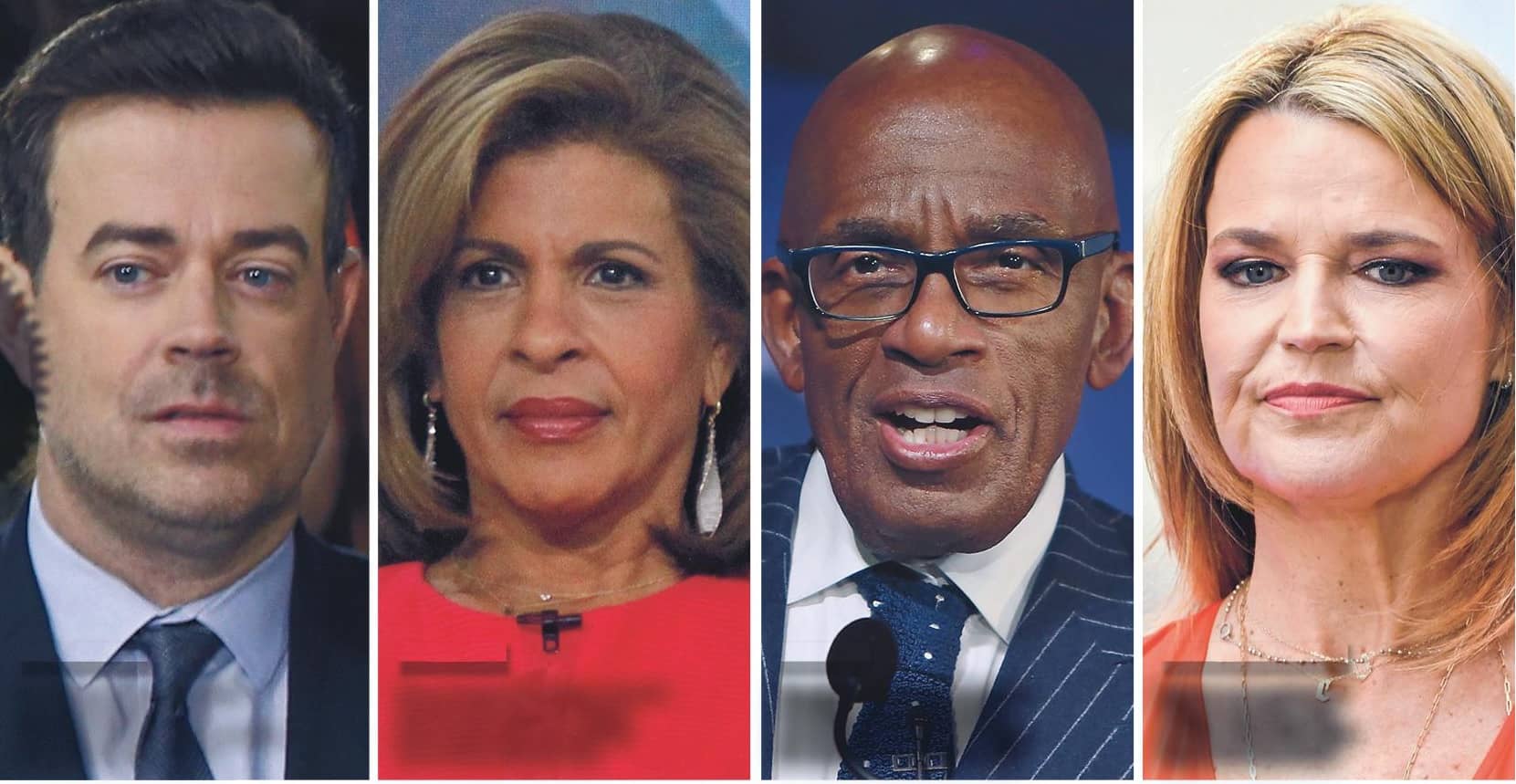 TODAY is facing its biggest crisis in decades as the morning show’s moneybags stars whine they’re overworked, and stressed-out staffers have started to plan a revolt, sources tell GLOBE.

Al Roker, Hoda Kotb, Savannah Guthrie and other top talents at NBC are being bogged down by bigwigs who’ve loaded them with extra duties, including podcasts and digital hosting gigs, insiders dish.

Now tipsters say they’re finding it hard to put on a happy face for the cameras!

“Al Roker used to be jolly and everyone’s friend. Now he’s so beat and bedraggled he doesn’t have time to joke with his colleagues,” says a source.

“Hoda has a full plate doing anchor duties on the Today morning show and co-hosting the fourth hour — plus her own wedding to plan and two young children to raise.

“Producers would love her to host a web series too, but she’s fed up and telling them she already has enough work!