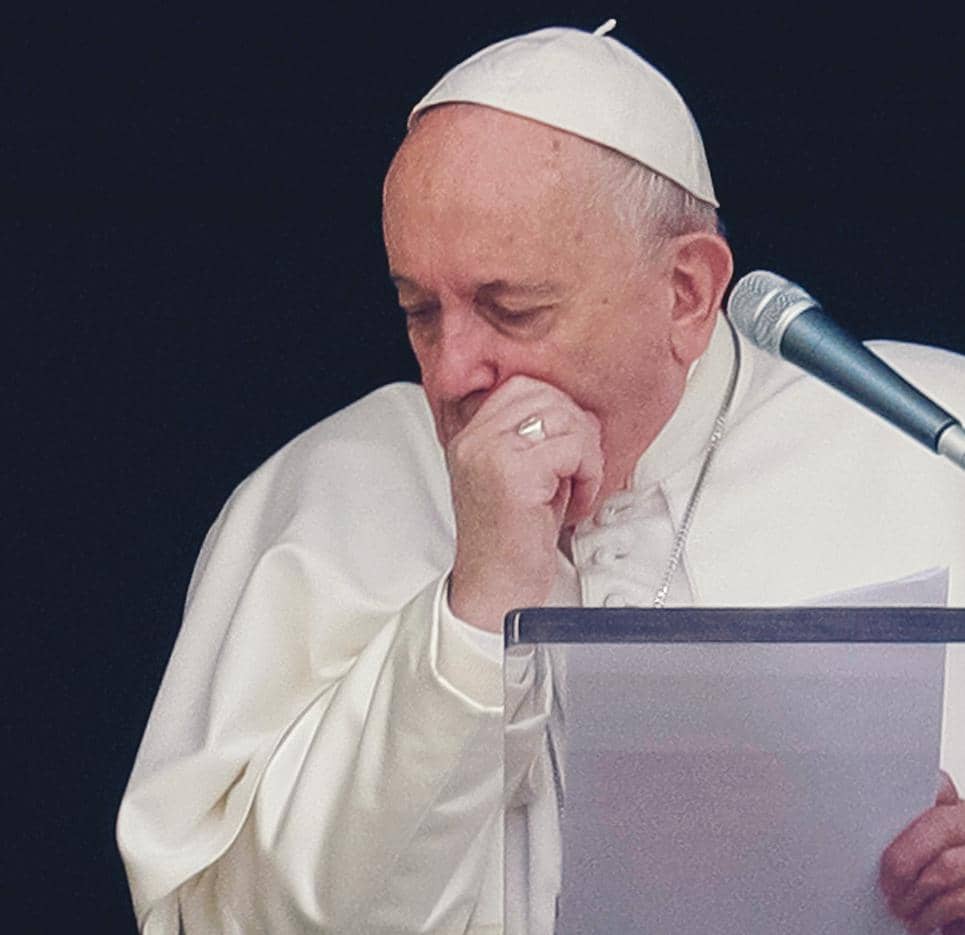 POPE FRANCIS’ shock­ ing coughing fits during several prayer services have triggered terrors that the pontiff has been stricken by the killer corona­ virus that’s swept like wildfire throughout Italy!

Alarm bells clanged when the pope was seen coughing on his Vatican balcony as he prayed for coronavirus victims at his March 1 Sunday blessing. He was also coughing and blowing his nose during a Feb. 26 Ash Wednesday Mass.

He further alarmed followers by canceling several appear­ ances, including a scheduled weeklong country retreat — the first time he’s missed the spiritual getaway in his seven years as pope.

“Unfortunately a cold will force me not to take part this year,” he told followers at his Sunday blessing. “I will follow the meditation from here.”

Says a source in Rome: “His coughing at the service scarily fit in with what is happening all over Italy and the world.

“Many of the worship­ pers who had gathered were wearing medical masks, hop­ ing to block breathing in the bug.”

Francis has tried to pooh­ pooh his cough and cancella­tions as just due to “a cold,” and, a Vatican spokesman adds, “there is no evidence that would lead to diagnosing any­ thing but a mild indisposition.”