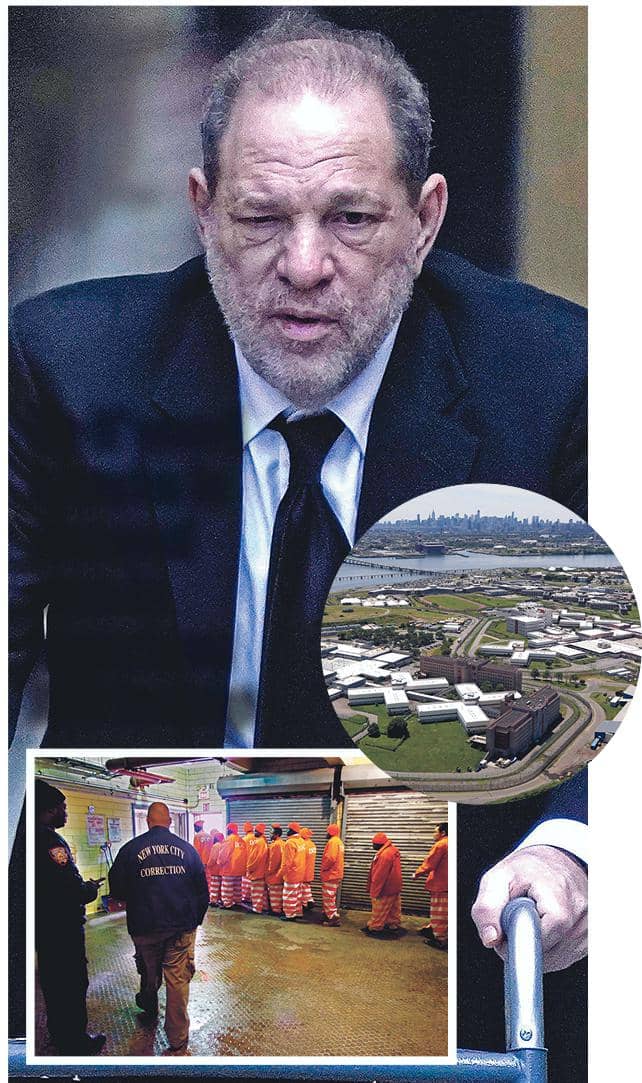 Convicted sex fiend Harvey Weinstein has no chance of surviving jail! The obese creep faces up to 29 years in prison — and sources tell GLOBE the disgraced movie mogul’s high profile and sex offender status will make him a marked man behind bars!

After a New York City jury found him guilty of third-degree rape and criminal sexual acts on Feb. 24, the 67-year-old pervert was hospitalized after complaining of chest pains.

But it’s likely Weinstein, who hired a prison consultant to prep him for life in the slammer, will end up in Rikers Island — a hellhole notorious for rapes, murders, overcrowding, and rancid food.