Meghan To Harry: Get Hair Plugs Or I'm Gone! 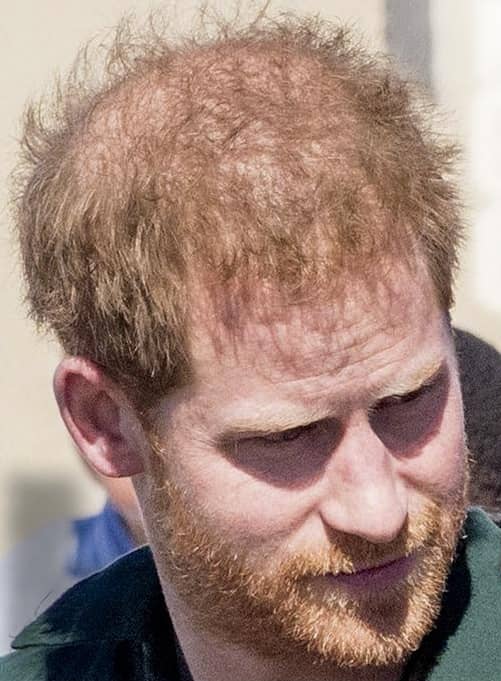 Fast balding Prince Harry has been clobbered with a shocking ultimatum from diva wife Meghan: Get more hair or get lost!

The appearance-obsessed duchess has been browbeating Harry — whose bald spot, according to coiffure connoisseurs, has doubled during their near-18month marriage — into checking out Tinselt own hair-transplant docs.

Driving the social-climbing beauty’s desperation is her deep-felt desire that her husband doesn’t end up like his chrome-dome older brother, Prince William, whose hair-today, gone-tomorrow looks have horrified her.

Instead, she wants a hand some, hairy hubby — not the parade of royal baldies such as William, uncle Edward, grand father Philip and dad Charles, who covers his barren pate with an elaborate comb-over.