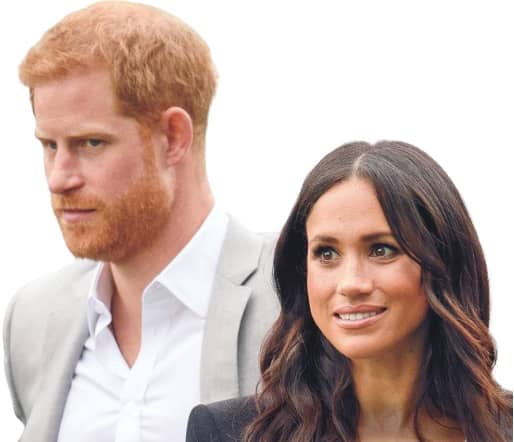 SELF-PROCLAIMED crusaders for female empowerment Prince Harry and wife Meghan are being slammed for making a “deal with the devil” by buying a sprawling $14.6 million mansion from a Russian moneybags who’s accused of wife-beating, sources say.

Sergey Grishin, 54, nicknamed the “Scarface Oligarch” after buying the L.A. spread where Al Pacino’s 1983 gangster epic was filmed, sold the renegade royals another of his properties: a nine-bedroom, 16-bathroom estate on seven acres in Montecito, Calif.

The shadowy fat cat, worth an estimated $500 million, is currently tangled in an ugly divorce from 38-year-old beauty Anna Fedoseeva, who describes him as “a dangerous man,” charging he put a gun to her head and knocked her teeth out during violent blowups. He’s denied her charges and claims HE’S the victim of domestic violence. He also says she reneged on a loan for a movie project.