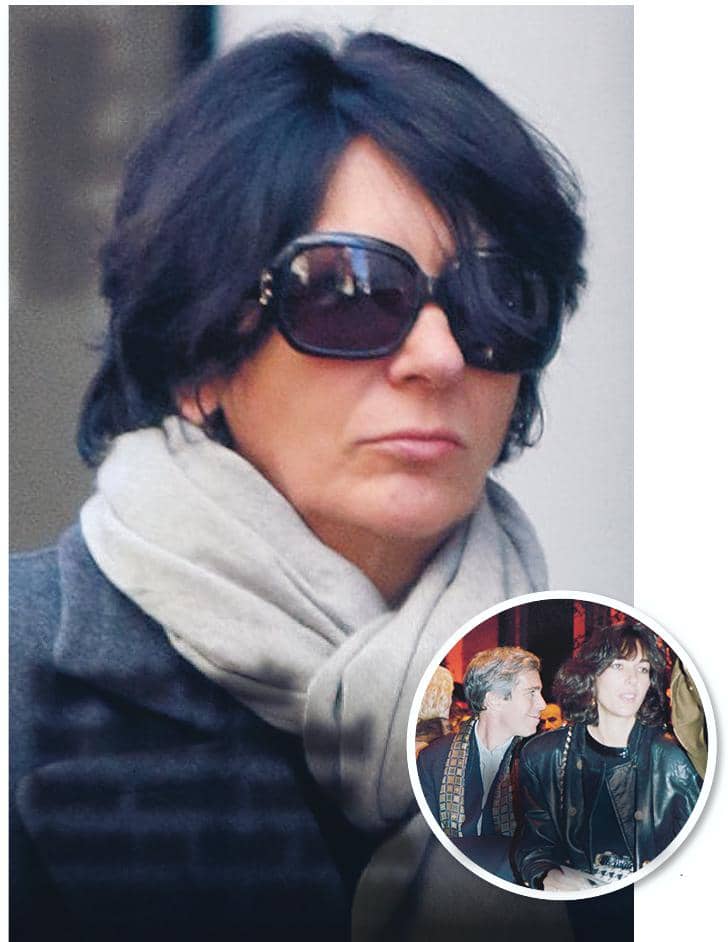 PRINCE ANDREW and many of the world’s most powerful men are shaking in their boots after pedophile Jeffrey Epstein’s mistress, Ghislaine Maxwell, was busted by the feds on child sex trafficking charges, and is said to be cutting a tell-all plea deal!

Epstein’s former business associate Steven Hoffenberg predicts Ghislaine “is going to be naming some big names — not only in terms of those who abused underage girls at Epstein’s parties — but also those who made financial agreements with Epstein or benefited from his generosity, including flying on his plane and staying at his homes.”

British socialite Christina Oxenberg, once one of Maxwell’s best friends, says Ghislaine told her: “Jeffrey and I have everyone on videotape.”

Oxenberg insists she’s talked with federal investigators looking into the Epstein scandal and believes Ghislaine will spill her guts, too.

But the damning tapes — filmed through peepholes at Epstein’s mansions around the globe — are the biggest worry for the rich and powerful who played with the convicted sex fiend before his suspicious end last year in a federal prison cell. Officially, Epstein’s Aug. 10 death was ruled a suicide — but his brother, Mark, and other investigators believe he was murdered.

There are fears Ghislaine has been marked for death, too, despite being stashed at the feds’ hellhole Metropolitan Detention Center in Brooklyn, N.Y.

Her pal, TV host Christopher Mason, is convinced she knows everything, including where Epstein hid his shocking tape recordings.

“I’m sure she has access to the videos,” Mason spills. “A lot of powerful people will be more than a little worried!”