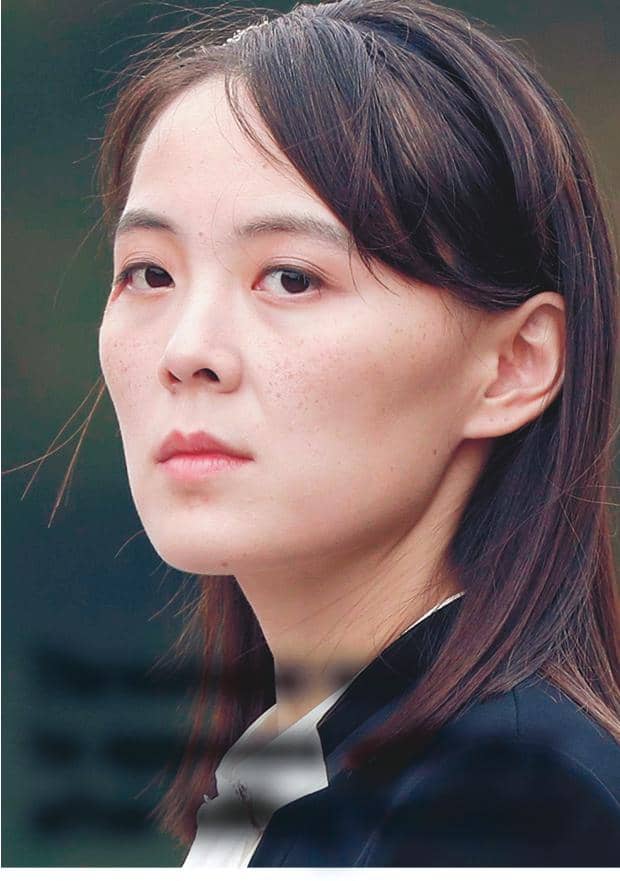 AFTER ruthlessly masterminding a plot to murder her tubby brother and replacing him with a body double, the bloodthirsty kid sister of North Korean dictator Kim Jong-un is now calling the shots for the enslaved Communist nation!

Cheerleader-pretty schemer Kim Yo-jong, 32, was in charge on June 13 when she issued a chilling threat of a military strike against South Korea for giving sanctuary to defectors who have escaped from her tyrannical rule and are floating anti-North leaflets and much-needed rice by balloons over the super-militarized border separating the countries.

“By exercising my power authorized by the Supreme Leader, our Party, and the state, I gave an instruction to the … department in charge of the affairs with [the] enemy to decisively carry out the next action,” declares Yo-jong, in an announcement intelligence experts say was designed to appease the military and shore up her grasp on power.