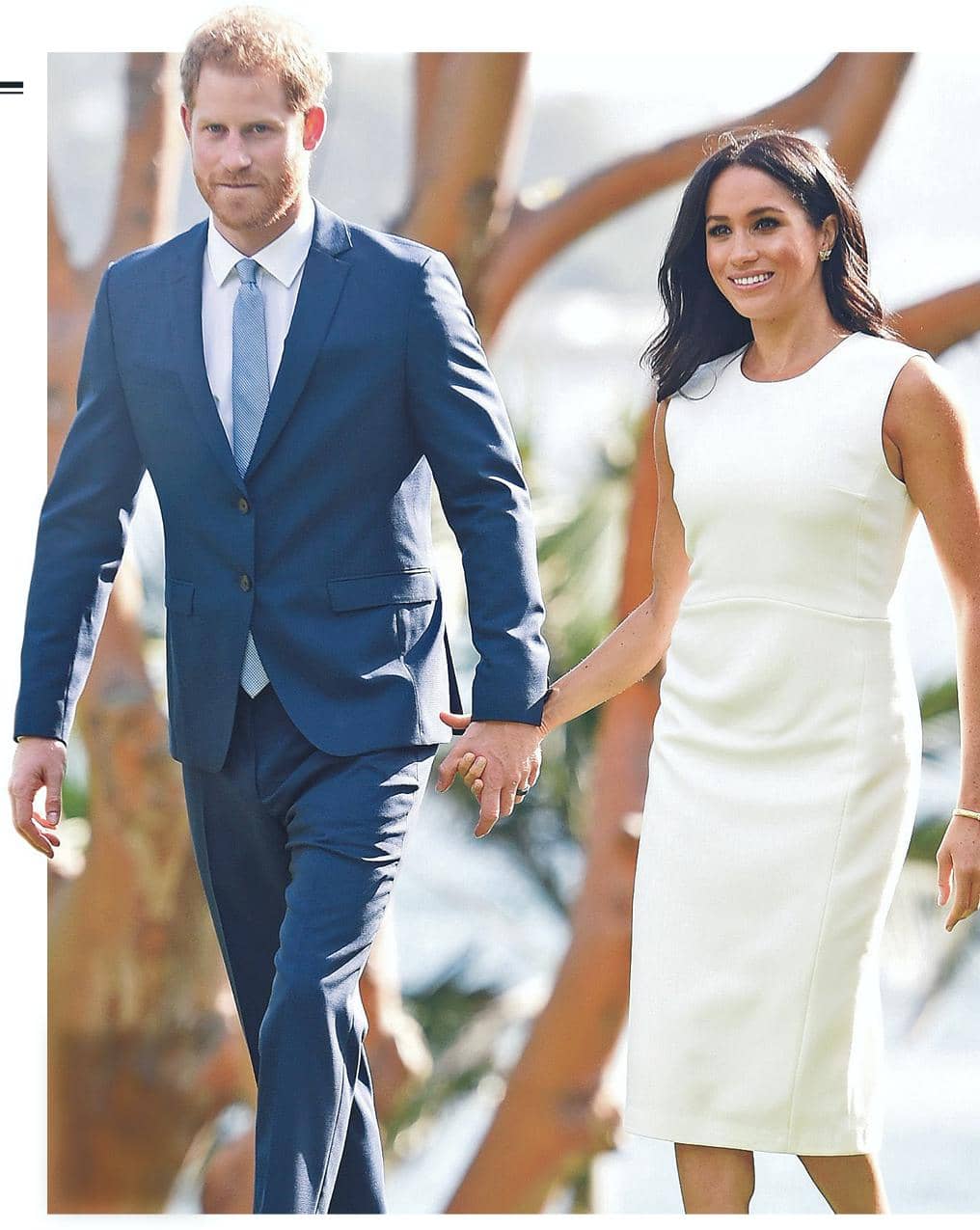 Will name daughters after their moms & raise them in America

“After months of angst and drama, Harry and Meghan’s California dream is looking brighter than ever,” an insider dishes.

“Meghan learned she was pregnant a few weeks ago, but she kept the news under wraps as they negotiated their new $240 million Netflix deal and moved into a new $14.6 million home in Montecito.

“She was waiting for the perfect time — Harry’s birthday on Sept. 15. She delivered the news as he was digging into his first slice of birthday cake — a banana caramel delight based on his favorite childhood treat.

“He was stunned, but ecstatic, and announced it was the best present ever!”

Happy Harry shared the news that his 16-month old son, Archie, will have sisters with his grandmother, Queen Elizabeth, says a palace courtier, who insists, “Her Majesty is delighted.”