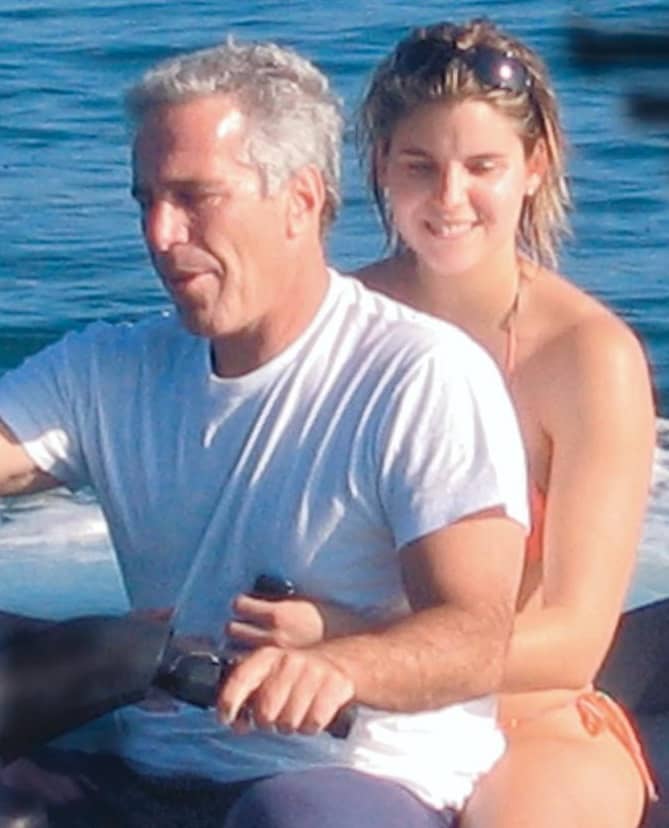 Now married to NASCAR driving champ Brian Vickers, Sarah was in a position to know all of Epstein’s secrets, say sources, who note she was even called to testify about his harem of teenage girls as far back as 2010!

The feds could get a slamdunk case against Ghislaine by making a deal for Sarah to squawk, according to sources. But so far, insiders say she isn’t talking!

“Sarah was said to be Epstein’s business manager. She has the times, dates, places and the names,” says a security source.

“She is rumored to have arranged everything, so she’d even know the names of people who were excluded from the flight manifests of Epstein’s private jets.

“She’s remained tight-lipped so far, but if she were arrested and facing charges, that would be a compelling reason to talk.

“Her testimony could quite possibly put Ghislaine behind bars for the full 35 years she is facing.”

Sources claim Sarah was sucked into Epstein’s twisted world when she was in her early 20s in the early 2000s.