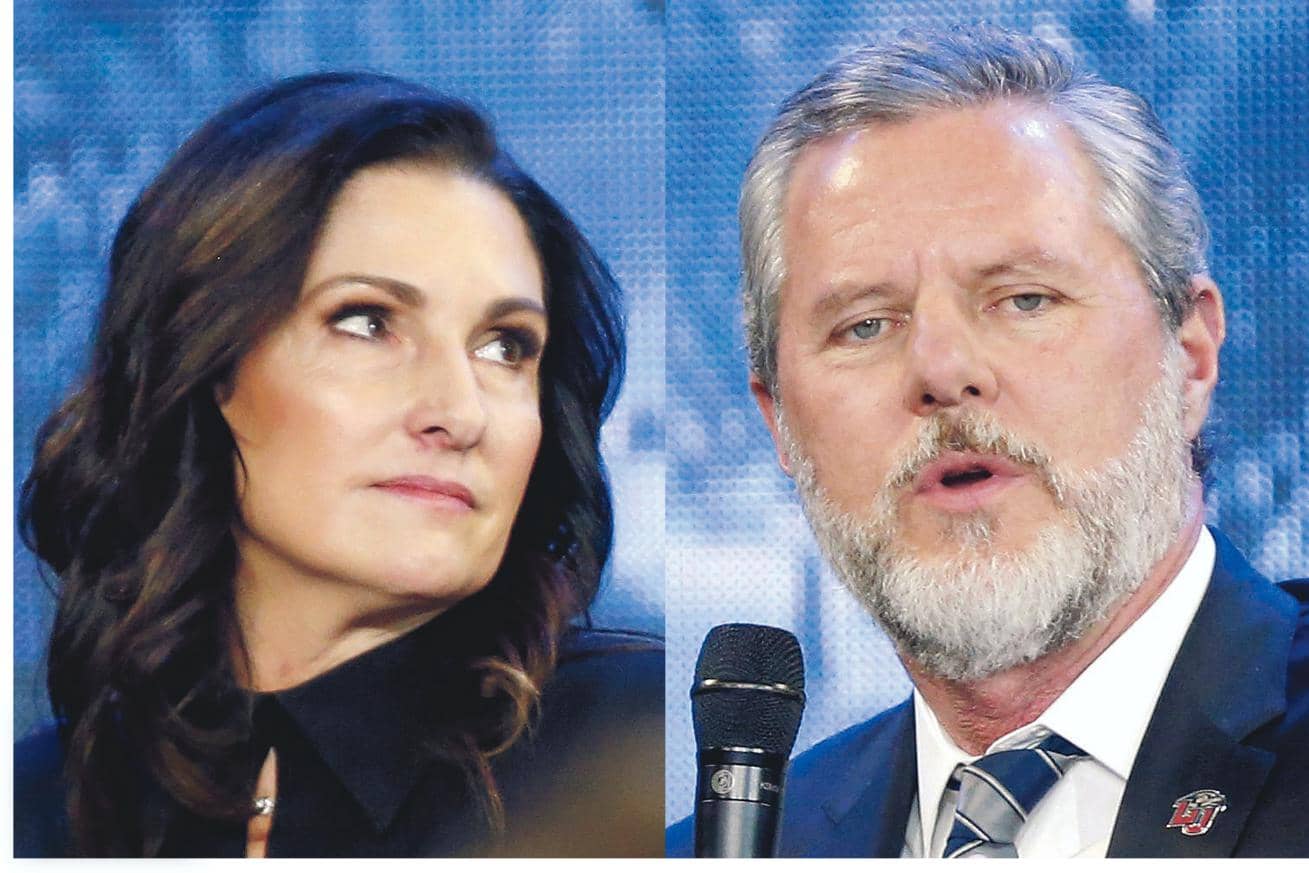 Pool boy hunk’s claim: I had sex with college chief’s wife – as he watched!

HOLY-ROLLER Jerry Falwell Jr. is tangled in a sleazy scandal, with claims his wife, Becki, carried on a kinky, seven-year affair with a hunky pool boy more than half her age — while he watched their sex sessions!

The shocking ménage-àtrois mess involves salacious photos and text messages, a soured million-dollar business deal, a payout by the Falwells and charges of extortion.

The 58-year-old son of late televangelist Rev. Jerry Falwell, who preached against sex outside marriage, was forced to quit his gig as president of Virginia’s straitlaced Liberty University after publicly confessing: “Becki had an inappropriate personal relationship with this person,” and insisting it was “something in which I was not involved.”

But hunky pool boy Giancarlo Granda charges the conservative kingpin was definitely part of the sordid goings-on after he met the Falwells and caught Becki’s eye at Miami Beach’s ritzy Fontainebleau Hotel in March 2012.

“Becki and I developed an intimate relationship, and Jerry enjoyed watching from the corner of the room,” insists Granda.