ELVIS DIDN'T HAVE TO DIE! 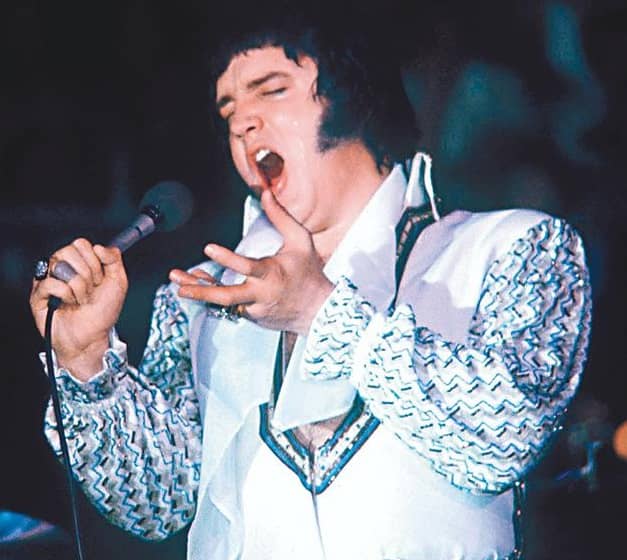 A DEEP dive into Elvis Presley’s autopsy documents and other evidence leads to the explosive conclusion that the King of Rock and Roll didn’t die from too many drugs or heart woes — and a simple operation could have saved his life, sources reveal!

Following the shocking death of the 42-year-old Hound Dog singer next to a toilet at his Graceland mansion on Aug. 16, 1977, Memphis Medical Examiner Dr. Jerry Francisco ruled the cause as “hypertensive heart disease” — a heart attack.

Francisco also said he found a cocktail of drugs in the body, but concluded “[Elvis] still would have died … had the drugs not been there.”

And then things became muddied. Because the Heartbreak Hotel crooner was an obese, pill-popping junkie and the death scene was cleaned up and his stomach contents discarded, many believed those close to him — like his manager, Col. Tom Parker, and his Memphis Mafia posse — had conspired to cover up the real truth and protect the superstar’s legacy.