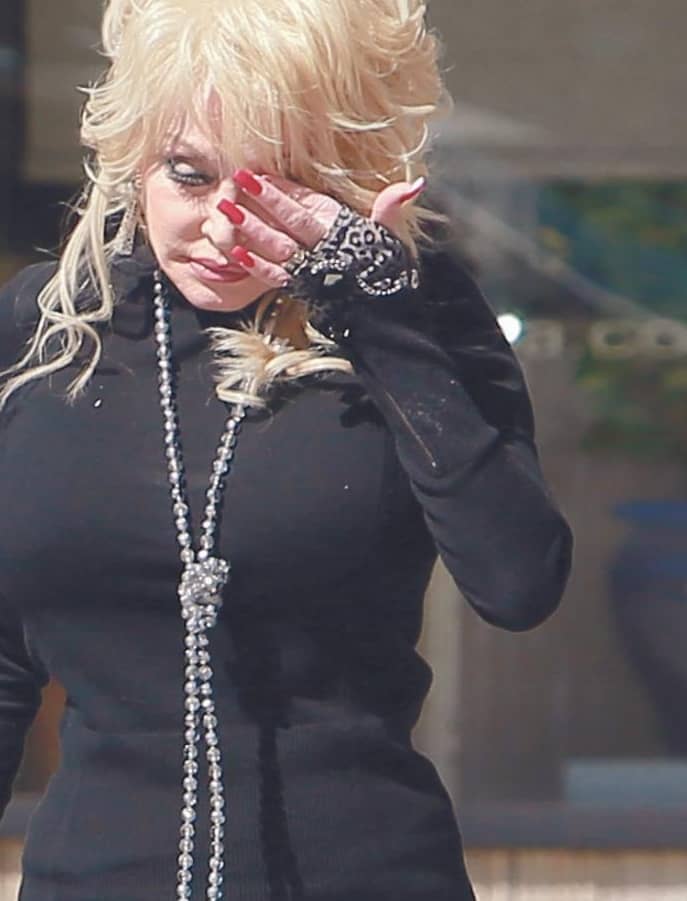 TERRIFIED Dolly Parton checked into a hospital after suffering a horrifying meltdown at her Tennessee home, say insiders, who worry the country queen is working herself into the grave.

The beloved buxom 74-yearold was overwhelmed by severe dizziness after pushing too hard on a string of projects she’s launched during the pandemic quarantine and went to a hospital, sources claim.

Dolly “became faint” and was forced to take “a long rest” after the incident, which “gave her a terrifying scare,” spills an insider. “I think it was touch and go!”

Immediately after the crisis, the blond bombshell checked into the hospital for a looksee, the insider claims.

“Dolly’s been told by her doctors she’s in good shape, but it’s important for her to take it easy from now on,” the insider says.

“She needed to have that hospital checkup for her own peace of mind, and hopefully it’ll encourage her to stop working herself to the bone!

“The trouble with Dolly is that she acts, thinks and works like she’s still in her twenties.”