Broken Down Madonna Plans Own 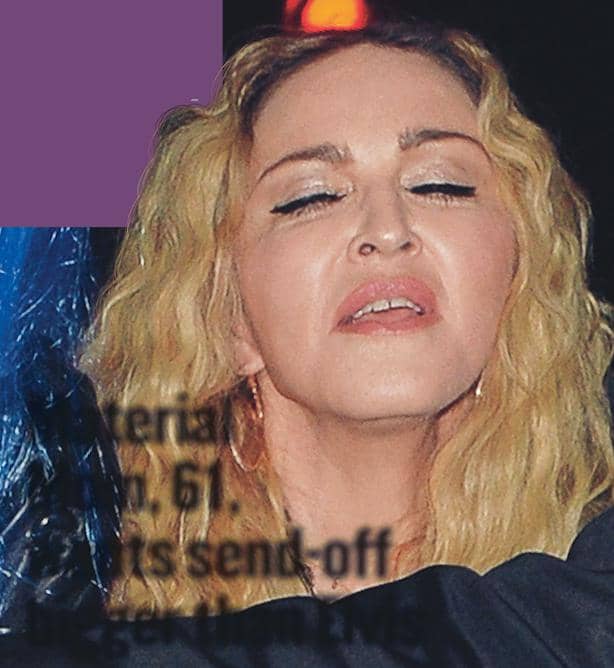 Sickly Madonna is getting her affairs in order — and planning a funeral to rival Elvis Presley’s grand exit from the world stage, insiders say!

That splashy send-off at the King’s Graceland estate featured a procession of 14 white Cadillacs and 80,000 mourning fans!

“Madonna is vain enough to believe she’s even bigger than Elvis!” an insider tells GLOBE.

“She’s a pop sensation, an actress, a mother of six, a philanthropist and a humanitarian. She wants a send-off that’ll spell that out in capital letters!