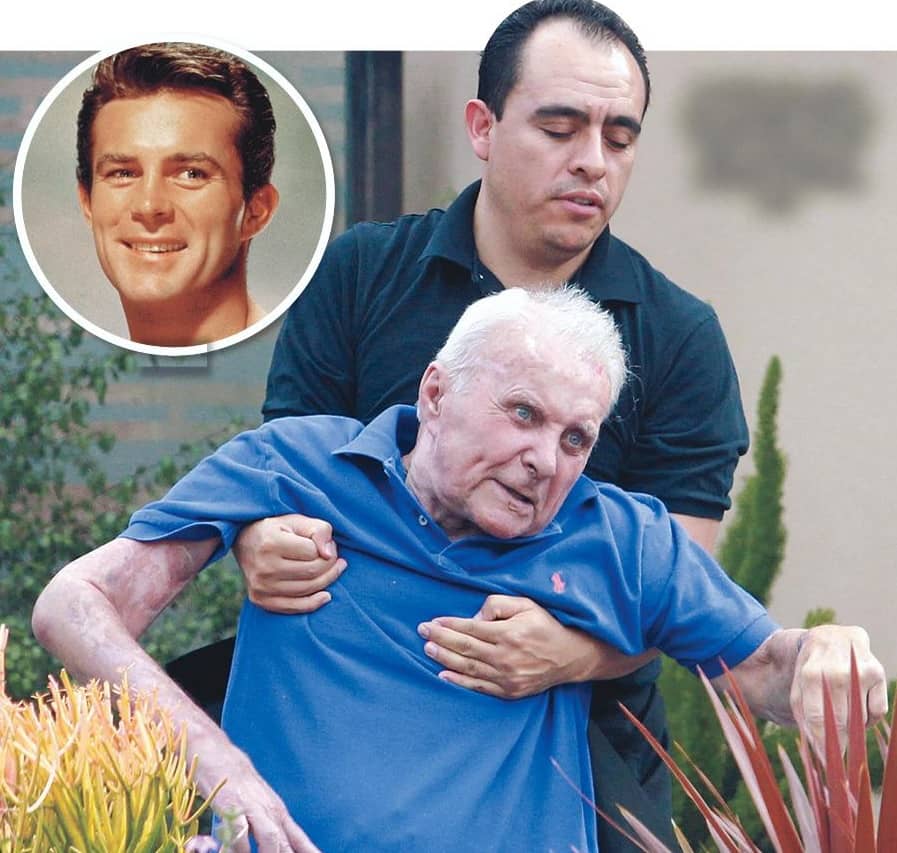 TOUGH-GUY actor Robert Conrad drank himself to death after a 2003 car wreck destroyed his career and left him crippled and bitter, sources tell GLOBE.

“He was hell-bent on destroying himself in the latter part of his life,” spills a source about the booze-swilling star, who passed away Feb. 8 at age 84.

“He couldn’t walk, he … couldn’t drive, he couldn’t do anything without assistance, and it made him very angry.”

The Wild Wild West star even had to give up his beloved radio show last summer because he was so consumed by alcohol, insiders dish.

“Drinking was one of two things that gave him joy, however self-destructive,” adds a source. “The other was doing his radio show, but then that ended.”