BLOOD IN THE STREETS! 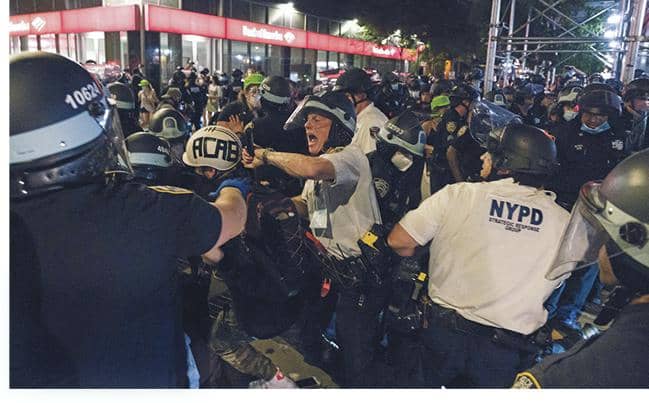 A BLOODY civil war is raging on the streets of New York, Portland, Seattle, Washington, D.C., Kenosha, Wis., and other cities — fueled by radical Antifa activists and supremacist groups who are ALL driven by hate, terrorism experts tell GLOBE!

In this exclusive special report, GLOBE exposes the terrorists behind the bullets, brutality and deaths destroying our nation — and reveals how you and your family can survive the anarchy!

Conservative militia groups have now mobilized nationwide and launched a pitched battle against organizations dedicated to social change, according to renowned terror expert Dr. Jim Garrow. Both sides are openly resorting to gunplay — and blood is now running in America’s streets after what began as peaceful protests against George Floyd’s death at the hands of Minneapolis police.

“The civil war has started!” says Garrow, who’s been in contact with dozens of militias across the country.

“Some militia members are conducting reconnaissance missions in their communities and creating sniper nests to pick off ‘criminals’ who enter their sights.

“They’ve told me, ‘We’ve had enough of this! If the police aren’t doing their job and government is not stepping up, someone has to protect our families!’ ”