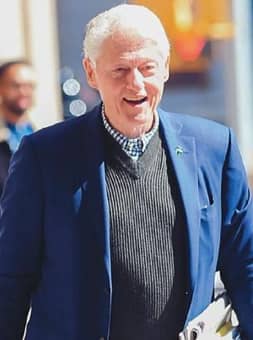 Friends fear his alarming appearance while delivering a eulogy at Rep. John Lewis’ July 30 funeral at Atlanta’s Ebenezer Baptist Church may foreshadow his own passing.

“He doesn’t have any skin color — he’s washed out,” says Nichols.

Disturbing photos show the former commander in chief’s face is riddled with startling blotches and unsightly growths. Doctors examined the images and are now fearing the worst.

“The former president appears to be healing from recent cryosurgery, where he has had multiple concerning lesions treated on his face,” says New York internist Dr.Stuart Fischer.

Fischer warns that unchecked lesions or moles could develop into malignant melanoma.