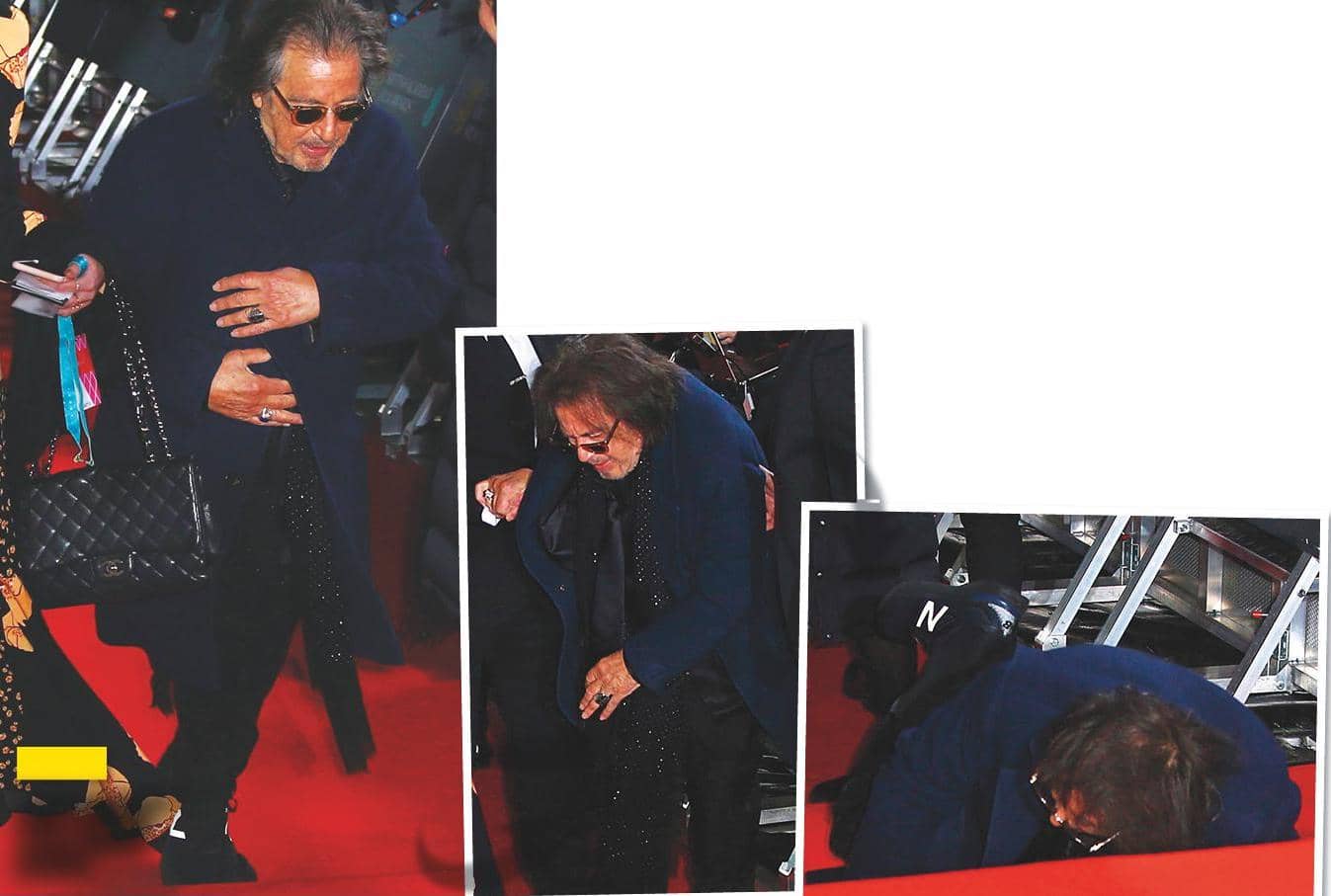 AGING Al Pacino’s shocking collapse on the red carpet in London has sparked fears the end is near for the Hollywood legend, GLOBE can exclusively reveal.

The Irishman star, who has publicly copped to battling dark and dangerous depression, was spotted outside a medical office specializing in radiology and cancer treatment just last year. Now with his heart-stopping tumble outside the BAFTA Awards show earlier this month, pals are growing increasingly concerned about the 79-yearold’s well-being!