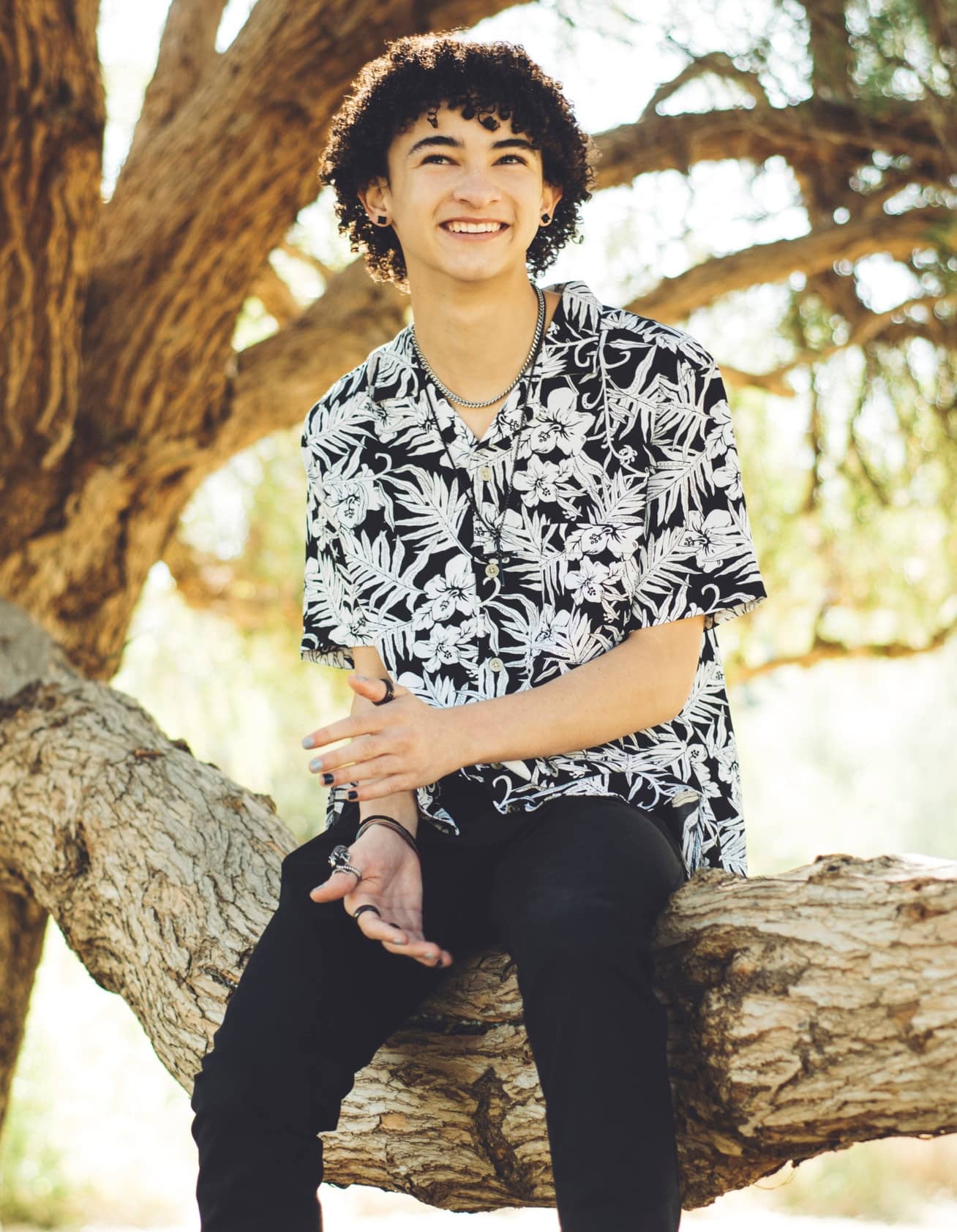 Faly Rakotohavana started acting at a very young age and has already landed roles on Disney Channel and most recently Disney+ with his upcoming role in the sci-fi fantasy film, Secret Society of Second Born Royals. Faly stars opposite Niles Fitch who plays Disney's first Black live-action prince and features second-born royals who are gifted with special powers that help them protect the world. Find out more about Faly's new role and some of his favorite things.

GLITTER: How long have you been acting?

FALY: I’ve been acting for close to five years. My interest in acting began when I was around the age of 7, but I had a stuttering issue that was so bad I couldn’t even get through my first audition. After that, I didn’t pursue acting until I started musical theatre in 6th grade.

GLITTER: What would you say your big break was?

FALY: I would say my big break was definitely playing Miles on Raven’s Home. It definitely introduced me to the world of Disney Channel.

GLITTER: What can you tell us your role in the upcoming Disney + movie, Secret Society of Second Born Royals? When will it be released?

FALY: In The Secret Society of Second Born Royals, I play the young prince Matteo. Matteo is a very shy and awkward character that sometimes struggles to fit in. The movie will premiere July 17th.

GLITTER: Who do you play? How like or unlike your characters are you?

FALY: I play Prince Matteo and my character is tremendously different from the rest of the cast. His anti-social behavior is definitely what makes him different. His personality is not as confident as the rest of the characters in the film.

GLITTER: How do you prepare for your roles?