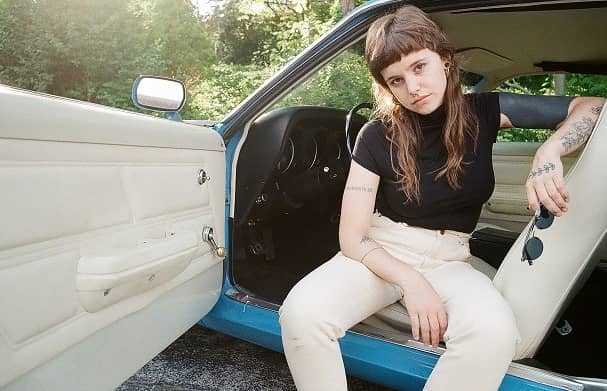 Cat has made a name for herself with her unique and soulful music. With the vibes of Etta James to Lead Belly, songstress, Clyde, has a mix of melodic melodies that everyone will love. Her first two albums, Ivory Castanets and Hunter Trance, have surpassed 30 million streams worldwide and she’s just getting started. She’s rocked a sold-out tour in Europe with Shakey Graves, performed with ZZ Ward, and that’s only the beginning. Her latest LP, Good Bones, releasing on June 19th, is all about simplicity. Good Bones also features a poetry book so listeners can get an intimate look inside Cat’s head. Read on and get to know the fusion of country, folk, and blues which is the sensation, Cat Clyde, with her exclusive interview.

GLITTER: When did you start writing and making music?

CAT: I’ve been writing as long as I can remember, and I started getting into music when I was a teenager. I started playing guitar in high school and writing songs. and just sort of kept going from there.

GLITTER: Where did you grow up and how did it influence your love of music?

CAT: I grew up in Perth County, Ontario. Growing up in nature had a big impact on my music and still does. I had a couple of uncles that really played the guitar well, and my grandfather played the fiddle. I would visit my grandparents every summer and get to see my uncles play guitar and piano, as well as my grandfather’s fiddle. I think those experiences really connected me with more folk and blues music.

GLITTER: Where are you based now and what’s one favorite thing that you love about your location?

CAT: I’m living in Quebec right on the St. Lawrence River. I love it because I’m in the woods, I can be creative. I can have a big garden to grow my own food and I can jump in the river whenever I want!

GLITTER: How would you describe your sound?

GLITTER: Who are your musical influences?

CAT: I am influenced musically by so many different artists in so many different ways. I feel that some of the most impactful to me have been primitive music and early blues music; artists like Led Belly, Blind Willie McTell, and Cab Calloway.

CAT: I like to journal and write poems, and a lot of times those poems turn into songs. I like to write things down, thoughts, feelings, and experiences. I don’t have the best memory, so it helps me process things and gets things out of me.

GLITTER: What was the best part about releasing the acoustic version of “Mama Said?”